The metaverse continues to make noise in social media, attracting giants of the gaming, social media, and tech industries to keep track of the progress and promise that it displays.

Since the concept of the metaverse gained public momentum, there were anticipated features like the metaverse games using augmented and virtual reality and 24/7 global commerce for trading and earning. The twist? Everyone has the chance to earn and optimize their market through digital currencies, like cryptocurrency.

Joining the roster of companies offering a full-blown metaverse experience is RFOX. Find out what RFOX can provide, how it will be considered the apogee of metaverse achievement, and why you should invest in their ecosystem. 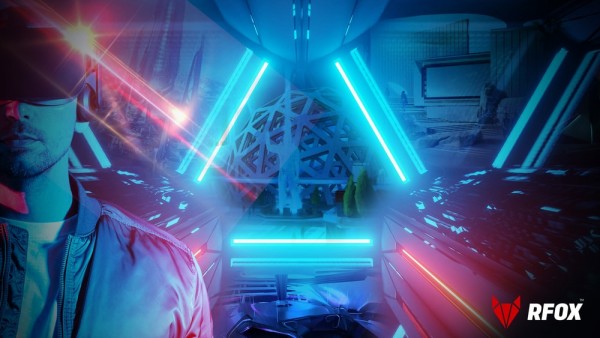 What Is the Metaverse?

For starters, though Zuckerberg isn't the one who coined and originated the term and concept, he envisioned Facebook's future in the metaverse and the reason why it has been the trending topic ever since.

But first, what is the metaverse? To put it simply, the metaverse is a digital space occupied by people in real life who are digitally represented. It's not limited to individuals, though. There are also existing objects and places.

How the Metaverse Works

With that being said, how does the metaverse work? Being in a metaverse is like joining an online meeting, except a digital avatar that could look exactly like you, depending on how you customize it, will be present in the meeting room. The metaverse experience can actually be expounded using augmented and virtual reality to make it more immersive.

Additionally, the metaverse has one goal: to bring people together. From that, it's inferrable that the digital space can also include real-life situations involving real-time transactions. Since everyone is hyped for the metaverse, industries like gaming, fintech, and other businesses are counting themselves in.

For example, Meta (formerly known as Facebook) announced that they visualize the metaverse as a replacement for the internet. People with digital avatars can connect to each other through VR headsets for any purpose like work, travel, or entertainment.

Expectedly, the metaverse will give new meaning to online interaction with other industries, betting on its success aligning with theirs.

RFOX is a Southeast Asia-based venture and metaverse builder. They build interoperable metaverse focused on retail, entertainment, gaming, and rewards. Their cause is to create immersive metaverse experiences to address inequalities taking place in the digital economy.

In addition, RFOX is in the race to obstruct legacy business models by using exemplary user experiences with a blend of cutting-edge technology. Thus, making it the leading innovator in the metaverse space.

RFOX, short for RedFOX Labs, has been in the metaverse industry since 2018, well before Zuckerberg's announcement. RFOX's vision is to be the global leader in immersive metaverse experiences. As a company, RFOX has succeeded in scaling tremendous growth through bold venture development and acquisitions.

In fact, investors who entrusted their success on RFOX token saw a marked increase of over 1000%, especially in recorded price growth for over the last ten months alone. Though remaining undervalued compared to other metaverse spaces, RFOX continues to provide a massive opportunity to its investors and brand partners. Thus, making it the leading innovator in the metaverse space.

What Is RFOX Token?

RFOX token, also termed RFOX, is the main cryptocurrency and utility token used by RFOX. RFOX token is a form of digital payment that investors and users can use for any transaction occurring in the RFOX VALT metaverse, like creating and trading NFTs and more.

Aside from being used for its ventures, RFOX token's utility can extend to related businesses and partnerships that RFOX have secured.

Moreover, RFOX is currently innovating more ways for the RFOX token to be used for more payment settlements across several chains. They are creating a single log-in system, additional wallet integrations, and additional provider integrations.

The RFOX VALT was designed to provide an immersive metaverse experience for investors and users. It is driven by virtual reality, retail, and entertainment. It also brings together the elements of metaverse games. Besides that, it combines best-in-class of crypto through NFTs and even real-world applications of entertainment, gaming, e-commerce, and more.

Moreover, RFOX VALT is equipped with a gaming quarter called Arkamoto, which is derived from the words ‘Arcade' and Satoshi ‘Nakamoto,' the pseudonym used by the creator/s of Bitcoin.

Recently, RFOX VALT announced a new sale of Arkamoto on Dec. 9 at 12 PM GMT+8 with brands like Icon and CoinGecko joining the RFOX VALT. Everyone invested in RFOX benefits from each venture by exhibiting all products and services offered across the RFOX ecosystem in one central platform.

RFOX is also the term that refers to the ecosystem where the RFOX token is used in terms of payment and utility. Over the past few years, RFOX has developed ventures across high-growth verticals in several industries like the tech industry, gaming, digital finance, online media, NFT assets, e-commerce, and more.

The following are some of the ventures that reside within the RFOX ecosystem.

RFOX Games is one of the ventures founded to create metaverse games that utilize emerging technologies. It has a play-to-earn (P2E) business model, while users and investors can use RFOX tokens to purchase Key to Other Games (KOGs), a collective playable and tradable NFTs.

Everyone can also earn tokens on KOGs: SLAM! by exchanging KOINS, an in-game currency. It's a free-to-play, play-to-earn blockchain game.

RFOX Media was established upon acquiring MyMedia Myanmar earlier this year. This venture focuses on Creating, Playing, and Earning. RFOX Media lets everyone earn rewards in exchange for creating content, playing games, and earning through participation.

Since NFTs are a major blockchain-powered innovation, RFOX developed a venture to launch compelling NFT assets in the market. Purchasing and selling NFTs through this venture can be made using the RFOX tokens, but the company also supports other distribution methods.

RFOX TV and streaming launch are expected to support the e-commerce streaming app. This standalone venture is also anticipated to reach its full potential despite not being in service yet. RFOX tokens will also be used as a payment for this venture.

The metaverse has become the spotlight of opportunity for enterprises. A strong contender like RFOX will be defining the many successes of the metaverse.

Why You Should Invest in RFOX

RFOX' approach to the metaverse creates value and true inclusion opportunities into digital finance in the world's emerging markets. Because of this, working with RFOX will pave the way for bigger opportunities as a leading metaverse space.

The good thing about RFOX is they won't just serve metaverse games alone. They truly envision an industry where not only users can gain immersive experience but also their partners in providing the metaverse space the best experience.

RELATED ARTICLE: The Metaverse Explained: What It Is, and Why You Should Care