Keanu Reeves, the so-called "geek," has revealed that he does not know anything about how the NFT or non-fungible tokens work, as well as the blockchain technology of cryptocurrency. This is despite owning his fair share of cryptocurrency to which he HODLs or keeps for himself without any trading done in the process to grow it. 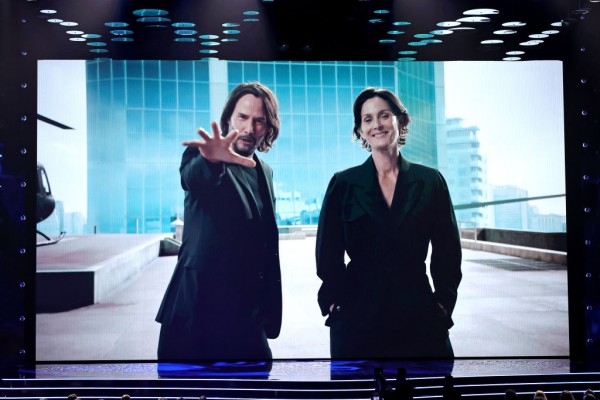 NFT and cryptocurrency is two things that are still vague for the famous "Matrix" star and Hollywood actor Keanu Reeves. According to an interview by The Verge, The Matrix's "Neo" has revealed that NFTs are still too much for him and is a confusing topic, focusing more on the sale and importance or relevance it has on the public today.

Reeves and co-star Carrie Ann-Moss have been interviewed regarding the creation of Epic Games' "The Matrix Awakens," an Unreal Engine 5 experience. It was highly speculated as a metaverse version that would focus on the story and plot of "The Matrix," as portrayed in the previous movies and pop culture.

In the interview, there came a time where Reeves has revealed that he has cryptocurrency coins that were given as a gift by a friend. However, the actor never came around to spending it or trading it to grow his assets.

"John Wick" himself has said that he HODLs (hold on for dear life) these coins given to him and waiting for a time to take on opportunities in using it, once he knows or understands the process.

"The Matrix" from more than 20 years ago is known to be a cult-classic film that has invited an entire generation to look at computers and the internet in a different light. It shows a neo-classical civilization where it is overrun by machines and a corporation that intends to keep it that way as the world that people know it is already destroyed.

The popularity of the film franchise has been turned into different games and even LEGO sets to recreate the other scenes in the movies, reliving the hype and legacy it has left. However, it would not be reliving it as a movie's continuation is coming back in the next year, starring its original cast, including Reeves' "Neo" and Carrie Ann-Moss' "Trinity."

Reeves is a known pop culture icon usually portrayed as a geeky or "nerdy" type of guy, associated with his past appearances in films and the media. However, the star is also not familiar with the present trends in the world, including the popular NFT, a craze that has taken the world by a storm, something that "The Matrix" franchise did before.