‘Red Dead Redemption 2’: THIS Discovery in Hidden Easter Eggs Provide Helps in Gameplay; What Is It?

"Red Dead Redemption 2" is still a game that many people play in the present, and it goes to show the popularity of this franchise to the world. A discovery on its hidden easter eggs set a new tone for the game, especially as it brings additive properties that gamers might want to look into, significantly to help in their gameplay. 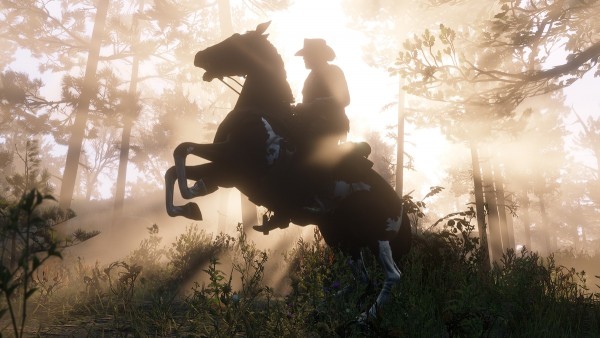 (Photo : Rockstar Games)
"Red Dead Redemption 2" will be available on the PC on Nov. 5.

According to ComicBook's report, a piece of new information for "Red Dead Redemption 2" brings massive help to gamers, especially as they go on to do quests or missions in the famous story. The shocking discovery is an enormous help, primarily as it replenishes health and other factors, depending on the attributes labeled into them.

A Twitter user named SWOL took a screenshot of a Facebook group forum and posted it on the short word social media, saying that the newfound information blew his mind.

The discovery talks about symbols in a tonic bottle drink that contains the attributes it helps replenish whenever having one's character drinks it.

Initially, people get surprises whenever drinking tonics as several attributes or power-ups add to one's meter bars. Now, people may choose the specific tonic they need for their next mission or along the way, with its attributes ready for its subsequent use.

3 years later and my mind is still blown! #RedDeadRedemption2 pic.twitter.com/EdxclEg5td

'RDR2' and its Popular Tonic Drinks 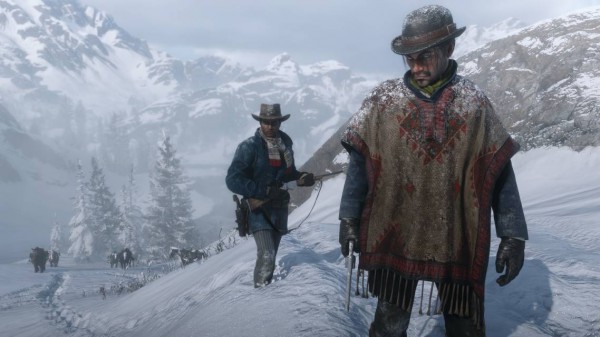 Doc Crockett's All-Purpose Miracle Tonic is not only to help one's character replenish health, as it does so both metaphorically in-game and in reality, but also helps in other factors in the game.

The symbols remained unknown until its recent discovery, and it remains an evergreen game for players that want to come back and relive their fantasies of the Wild West, where people are gritty and quick-tempered.

"Red Dead Redemption" may be young in the gaming franchise as of now, but it still proves to be a popular game among its fans and enthusiasts. It first released the console version in 2018 and its PC version in 2019, but it provides rich gameplay for people to enjoy from then until the present.

Rockstar Games truly outdid themselves with the popular sequel, but for now, it remains hush for the next game of the franchise. Despite gamers' many demands and expectations, Rockstar does not yet reveal its plans for the next game, especially as it is the third title that would complete a trilogy of the game.

The sequel referred to as the "Red Dead Redemption 3" remains unknown to the public, and only speculations are here for its release. Nevertheless, hopes are high for the game.

Rockstar's popular game franchise is still prevalent. Its easter eggs like these keep the game interesting, as not everything is already in discovery for people, giving them more reasons to play.