'Red Dead Redemption' Remaster Can Happen On One Condition

"Red Dead Redemption" fans have long been clamoring for a remaster of the original game ever since the sequel proved to be a generation-defining title. And according to a recent report, it could happen, but on one condition. 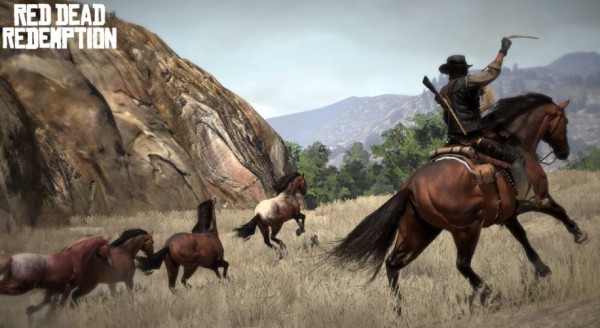 That "condition" allegedly depends on the potential success of the "Grand Theft Auto Remastered Collection," reports GameRant. This leak came out after it has been rumored that Rockstar does have plans to remaster several of its older franchises for the current generation of consoles. And since the "GTA" franchise is perhaps their biggest, then it makes sense for them to decide on the fate of a "Red Dead Redemption" remaster.

The "Grand Theft Auto Remastered Collection" is rumored to release during the Fall of 2021, according to ShackNews. "Vice City," "GTA 3," and "San Andreas" are going to be included in the re-release, which is three of the most iconic "GTA" games in history.

However, a remaster of the first "Red Dead Redemption" would be in stiff competition if it does release. Should the game's launch coincide with that of the much-anticipated "GTA 6," it will compete for the attention of so many gamers, several of which might be forced to choose between the Wild West adventure and the modern day mayhem simulator.

'Red Dead Redemption 1' Remaster: Why Would It Matter?

The first "Red Dead Redemption" game was released way back in 2010. It was, however, not even the first big Western-themed game on the major consoles. It was actually the de-facto successor of the 2004 game "Red Dead Revolver," which was released on the original Xbox and PlayStation 2, according to GameRanx.

"Red Dead Revolver" will be the one to first introduce several "Red Dead Redemption" mechanics, like the iconic "Deadeye." The game would then be combined with something that Rockstar Games has always been good at--making a believable open world that's worth exploring every inch. This gave birth to the 7th generation game that's more often than not considered a generation and genre-defining title.

Furthermore, many fans over the years have continuously praised "Red Dead Redemption" for its technical prowess. During the Xbox 360 and PS3 generations, virtually no other game came close to how good it looked. In fact, one can even argue that the now 11-year-old game still holds up to modern standards visual-wise.

There are far more things that "Red Dead Redemption" did right, too, which makes that a topic for another time.

Will the Remastered 'GTA' Collection Deliver, Though?

There is more than enough optimism that it will, and the reasons are obvious.

People are even buying the old games still just so they could have a nostalgia hit. The "GTA" franchise's success cannot be understated, even across generations. "GTA 5" is also still bringing in a lot of attention and revenue via its engaging single-player campaign and "GTA Online," eight years after its release.

Right now, it looks like a "Red Dead Redemption" remaster is a matter of when and not if. Rockstar and Take-Two probably should've considered better odds.

Could Rockstar Game Tester Hiring be for "Bully" Sequel or "Grand Theft Auto V I"?