"Fortnite" rumors are now talking about the arrival of one of the most known characters in popular media, and these are the "Teenage Mutant Ninja Turtles" that are older than most players in the game. An alleged agreement from Epic Games and Paramount Pictures struck the deal of the crossover, bringing the four turtle brothers to the battle royale. 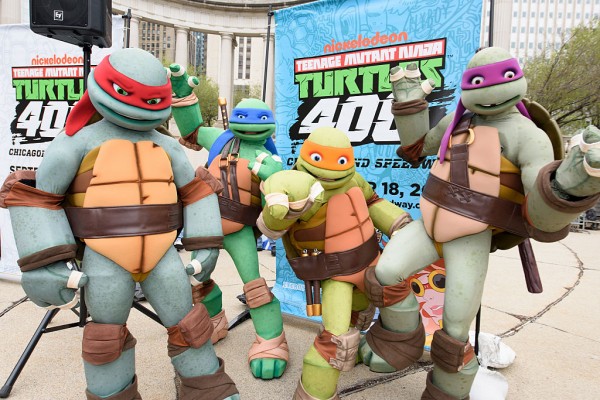 A podcast shared by a famous "Fortnite" source, iFireMonkey, talked about the new deal between Epic Games and Paramount Pictures Studios that represents new characters coming to the battle royale. The latest rumor talked about a known Paramount character/s to go in the game, with "Teenage Mutant Ninja Turtles" being the most obvious.

Yes, that is right, a lot of rumors from verified sources already confirm the arrival of the world's favorite turtles, Leonardo, Michaelangelo, Raphael, and Donatello, to the shooter game of "Fortnite."

The four brothers' confirmation for their arrival in the game is not yet here, so it may only be one or two from them at a time.

Nevertheless, it is a massive crossover as the Turtles are known to last arrive on "Injustice 2," with Leonardo fighting the likes of the DC characters.

According to @Shpeshal_Nick's source, Paramount has signed a deal with Epic Games to bring properties to Fortnite.

The main one that has been stated to come to Fortnite in the future is The Teenage Mutant Ninja Turtles. pic.twitter.com/Xe4CwZdtri

Epic Games and Paramount Deal to Bring these Media Icons?

Shiina, also a known "Fortnite" leaker, also brings news to these events, as Epic Games and Paramount's latest deal highly suggest the arrival of the popular characters in the game. Will Michaelangelo's famous "Cowabunga" line be heard in the battle royale?

It is essential to take these rumors and speculations with caution, as confirmation for the crossover is unavailable from Epic Games.

"Fortnite's" Chapter 3 brings some of the latest crossovers from the popular battle royale, and it is a new era for all of the players in the popular shooter game. One of the latest to come to the platform is Marvel's favorite web-slinging hero, Spider-Man, and the likeness of Peter Parker to don the game. The success of Spidey now teases the arrival of a Miles Morales skin.

However, Spidey and Marvel are only some of the massive names to arrive in the battle royale last year, especially as Shonen Jump's popular anime character, Naruto, joined the madness. It also follows up on the arrival of two popular shooter characters from one of the most popular gaming franchises in the world, Chris Redfield and Jill Valentine, from "Resident Evil."

The famous game from Epic Games is not shy of massive crossovers and the arrival of known characters to its gameplay. That means that the likes of the four turtle brothers from New York would not be "turtles out of water" in the game, especially as they bring mayhem and destruction to fight against the evil forces.

It would be more poetic if these famous heroes fought against the members of the Foot Clan, their mortal enemies.