NASA’s Perseverance in a Rocky Situation Due to Clogged Rocks—What’s Next for the Martian Rover? 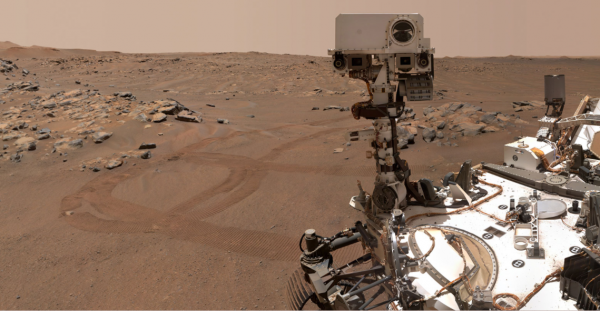 The Perseverance Rover of the National Aeronautics and Space Administration (NASA) has been drilling and collecting rock samples from Mars since its arrival on the Red Planet. However, pebbles were piling up in the rover's caching system, prompting NASA engineers to decide to stop it from collecting samples.

NASA's Perseverance Rover in a Rocky Situation on Mars

In December 2021, the Perseverance successfully cored and sampled a rock on Mars. Data downlinked after the sampling indicated the coring of the rock dubbed Issole went without a hitch.

However, in the process of transferring the sample to the rover's bit carousel, which stores bits and delivers tubes to the tube processing hardware inside the rover, NASA detected a problem with its sensors.

When the rover encountered a cache, it stopped the process and contacted home for additional instructions.

What Really Happened to NASA's Perseverance?

Until now, we have only collected rock samples from foreign planets for a sixth time in human history. Because of this, NASA wants to proceed carefully.

Here's what the space agency knows so far and precautionary measures they will be handling, according to SciTechDaily.

During an inspection of the rock caching system, it was discovered that fragments the size of pebbles were packed inside a slot. Because the pieces were clogging up the slot, the core sample was not able to fit inside as tightly as it could have.

This martian pebble is thought to be a remnant of flecks that fell out of the core when it slid out from under the drill bit.

But to ensure the proper understanding of the state post-anomaly, the team requested additional data and imagery. The additional diagnostic data took about a week for the team to receive.

The good thing is that the bit carousel's designers took into account the possibility of debris affecting the  Perseverance's operation.

For now, the Perseverance cannot drill into new rock samples until NASA figures out how to clear the pebbles from the bit carousel.

"This is the first time we are doing a debris removal and we want to take whatever time is necessary to ensure these pebbles exit in a controlled and orderly fashion. We are going to continue to evaluate our data sets over the weekend," says Louise Jandura, Chief Engineer for Sampling & Caching at NASA/JPL.

What's Next for NASA?

Perseverance has ran into problems before. According to a report by Nature, the first time it tried to bottle up a sample, the rock it drilled into crumbled into dust, despite the fact that its instruments were not at fault.

NASA has not yet determined when the Perseverance will be able to collect rocks again since the current position of the Red Planet makes data communications to and from the Mars rover slower than usual.

Despite that, NASA is confident that they will overcome engineering challenges even though Persevernce is hundreds of millions of miles away.

Soon, after hitting uncharted Martian road in the future, the rover will be ready to roll once again.

Terraforming Mars With Artificial Magnetic Field? Experts Say it's Possible Through Martian Moon Phobos, But How?