Terraforming Mars With Artificial Magnetic Field? Experts Say it's Possible Through Martian Moon Phobos, But How?

Terraforming Mars appears to be a viable option if humans consider living on it. However, according to scientists, colonizing the red planet will not be an easy task.

Since Mars is still unlivable for humans, scientists proposed a crazy idea to transform it into a second Earth.

Some challenges could happen along the way, including the erratic temperature changes, but if the plan to create an artificial magnetic field takes place, it could be possible. 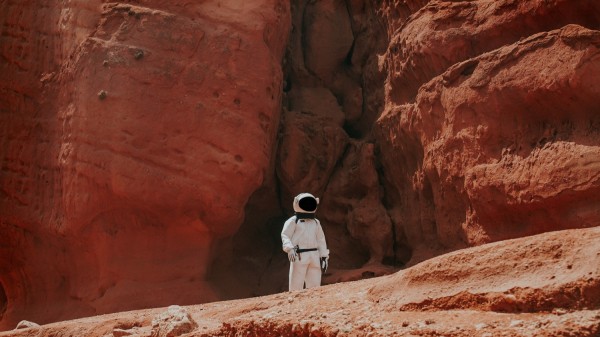 (Photo : Nicolas Lobos from Unsplash)
Terraforming Mars is Possible Through an Artificial Magnetic Field But it's Not Going to be Easy

According to a report by Screen Rant, some experts said that terraforming Mars is nearly impossible to accomplish given the thin oxygen supply on the red planet. Additionally, the space radiation would make it even harder for the inhabitants to survive on Mars.

However, a recent study entitled "How to create an artificial magnetosphere for Mars" could open a lot of possibilities. It revealed that we could recreate the magnetic field on the red planet, but it would not be easy, especially since the interior of the red planet is cooler and smaller.

Before the research emerged, several proposals regarding the creation of a magnetic field on Mars were released. The majority of them tackled the use of orbital solenoids to generate the expected magnetic protection level.

Indeed, making an artificial magnetic field is possible, as proven on "The Expanse," a science fiction/drama TV series. Other than that, it still requires a thorough solution on how to carry it out successfully.

Related Article: Could China Beat NASA in Terms of Mars Exploration? Space Race Report Says it's 20 Years Ahead of the US

In a separate article written by Science Alert on Tuesday, Nov. 23, the previously-mentioned study noted that the charged particles should be strong enough to sustain the artificial magnetic field on a planet.

The experts pointed out that this option is possible for terraforming Mars if they would consider involving Phobos in the project. Through this Martian moon, they could develop a ring of charged molecules surrounding the planet.

To explain it in greater detail, the researchers said that Phobos could be used to ionize the particles from the surface of Mars. Later, the team would accelerate them to make the so-called plasma torus in Phobos' orbit.

Scientists believe that by doing this alone, a terraformed Mars is bound to happen in the future. Indeed, generating an artificial magnetic field is challenging, but the study revealed that it is feasible.

As part of his plans to bring people to the red planet, Elon Musk said in March that the construction of Mars Base Alpha Nuwa would be starting in the 2020 decade.

If the Starship project is not capable of launching a working prototype, the construction for the megacity will not start.