NASA Warning! An Asteroid is Passing By Earth on Jan. 18 | How to Watch Using Telescope

NASA warned that an asteroid three times the size of the Empire State Building is passing by Earth on Jan. 18. 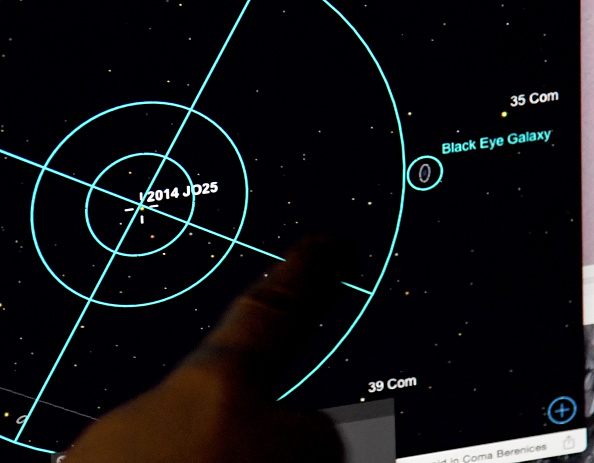 (Photo : by Ethan Miller/Getty Images)
NORTH LAS VEGAS, NV - APRIL 19: Las Vegas Astronomical Society vice president of special events Keith Caceres uses computer software connected to his telescope to locate asteroid 2014 JO25 outside the Planetarium at the College of Southern Nevada on April 19, 2017 in North Las Vegas, Nevada. The near mile-long asteroid is traveling at 75,000 mph as it passes the Earth's orbit at almost 1.1 million miles from Earth, less than five times the distance from the Earth to the moon.

NASA Warning! An Asteroid is Passing By Earth

NASA's Center for Near-Earth Object Studies, which constantly tracks potential asteroid and comet dangers, said that it will be close, but it will be safely flying by our home planet, as per CNN.

To be more precise, the prediction of NASA further estimated that it will be passing by the Earth about 1.2 million miles away, while it is moving at an extremely fast pace of up to 47,344 miles per hour.

It is worth noting that the upcoming asteroid was first discovered way back in 1994, wherein it was given the name 7482 or 1994 PC1.

According to the report by Inverse, the massive asteroid is two and a half times the height of the iconic Empire State Building in New York City.

Inverse further said in the same report that the upcoming asteroid was discovered by a Scottish-Australian astronomer, Robert McNaught, using the Siding Spring Observatory in Australia way back on Aug. 9, 1994.

Since then, the giant space rock was classified by NASA or the National Aeronautics and Space Administration as a near-Earth object, which means that it has the potential to be hazardous due to its proximity and 1.1 kilometers in diameter size.

Nearby Asteroid: How to Watch Using Telescope

The projection of NASA clarified that the PC1 is not actually directly hitting the Earth, unlike the Netflix hit series, "Don't Look Up." Instead, amateur astronomers could even watch it safely by using a telescope.

It comes as the upcoming close encounter with the massive rock from space could not be seen by our naked eyes. However, it is close enough to be seen by simply using a telescope at home, sans the need for any massive observatories.

As per the online story by EarthSky.com, the massive rock could be safely spotted by using a small telescope. Those who have a computerized GoTo telescope could point it to a star near the location of the PC1, which is the HIP 8210. Furthermore, it could be spotted at around 7.25 pm or on January 18.

Related Article: NASA 'Eyes on Asteroid' Is an Online Tool to See the Many Space Rocks in Earth's Vicinity, Updating in Real-Time

ⓒ 2021 TECHTIMES.com All rights reserved. Do not reproduce without permission.
Tags: NASA Warning Asteroid Passing By Earth NASA
Most Popular