"Call of Duty Vanguard" and "Warzone" are both bringing an "Attack on Titan" crossover with the next update, and fans are quite divided in terms of their reactions.

(Photo : Call of Duty)
Call of Duty Vanguard Insensitive Content Gets Taken Down by Activision's Middle Eastern team for COD.

VideoGamesChronicle reports that the crossover will come to "Vanguard" and "COD Warzone" alongside a new operator, a fresh set of weapons, and a Zombies Survival Experience. The aforementioned crossover is likely meant to coincide with the final season of the popular anime.

Here is a video announcement from PlayStation on Twitter:

Give your heart, soldier! Attack on Titan crosses with Call of Duty in the Levi Edition Bundle. See the stylish items in action: https://t.co/dYTams4ozX pic.twitter.com/SARTqEkYJl

Gamers will be able to get the crossover by purchasing the 10-item bundle for 2,400 COD points, or roughly $19.99. The so-called Tracer Pack: Attack on Titan - Levi Edition Bundle will feature the weapon blueprint for the Titan Piercer, as well as the finishing move Legendary Steel Cut.

Aside from the anime crossover, "Vanguard" and "Warzone" players will also get the new operator Isabella Rosario Dulnuan Reyes, alongside the Welgun SMG. As per the original VideoGamesChronicle report, players will be able to unlock the SMG by accomplishing an in-game challenge or buying a blueprint in a store bundle.

For the Zombies mode, players will get to experience so-called "classic survival gameplay" at the Shi No Numa map.

The update (specifically the "Attack on Titan" crossover), however, is getting mixed receptions from fans online-especially on Twitter.

Kotaku reports that some fans are finding the crossover "weird," with one fan even saying "Levi deserves better than this." For the uninitiated, Levi is the name of one of the anime's most popular characters-the one that's actually featured in the PlayStation announcement video.

As such, this "AoT" crossover is actually nothing new. There was a time when the game actually introduced 80s action stars/characters John Rambo and John McClane, writes GGRecon. But unlike the anime crossover, this one actually left players wanting for more.

A few other crossovers brought content based on iconic horror flicks, like Leatherface from "Texas Chainsaw Massacre" and Billy the Puppet from the "Saw" franchise. 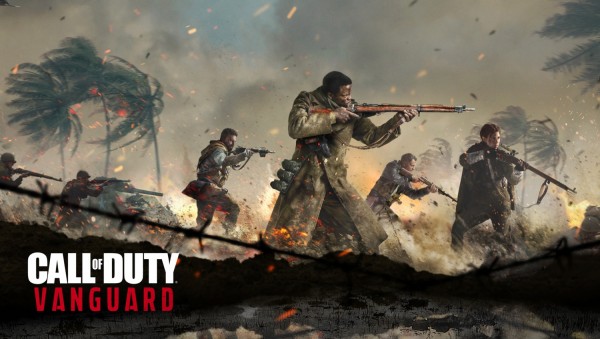 (Photo : Screenshot taken from the Call of Duty website)

An early look at the patch notes reveals that there is a considerable focus on improving the multiplayer experience. To do so, the mid-season patch reportedly will nerf the overpowered incendiary grenades, as well as adjust specific perks to allow players to counter fire damage more effectively.

For example, the Dauntless perk will now make players immune to fire and burning effects from things like incendiary rounds and even lingering fire on the ground. Furthermore, the Fortified perk will also reduce fire damage players take by a cool 30%, which could be huge for a lot of people out there.