Virgin Obit launches seven cubesats to orbit, which marks its first mission, known as "Above the Clouds," after its recent merger. 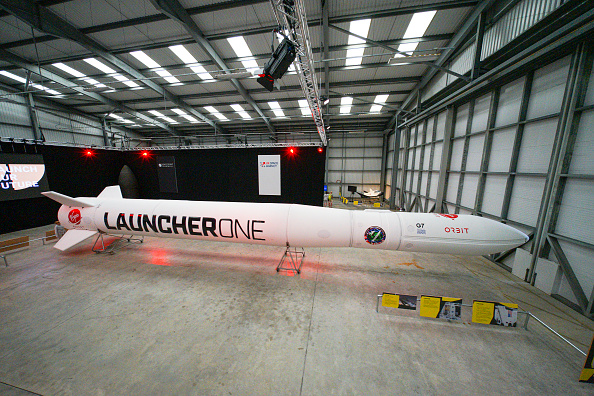 (Photo : by Hugh Hastings/Getty Images)
NEWQUAY, ENGLAND - AUGUST 02 : The Virgin Orbit Launcher One rocket is displayed on the opening day of the Story of a Satellite summer exhibition at Spaceport Cornwall on Aug 2, 2021 in Newquay, England. Spaceport Cornwall is aiming to launch its first satellites in spring of 2022.

As per the news story by SpaceNews, it is the third successful flight of its LauncherOne air-launch system.

What is interesting about the LauncherOne system of Virgin Orbit is that it uses a platform that launches its primary rocket vertically, similar to airplanes.

In fact, the carrier aircraft of the LauncherOne system is a Boeing 747 that goes by the name Cosmic Girl, which was refurbished for this purpose. 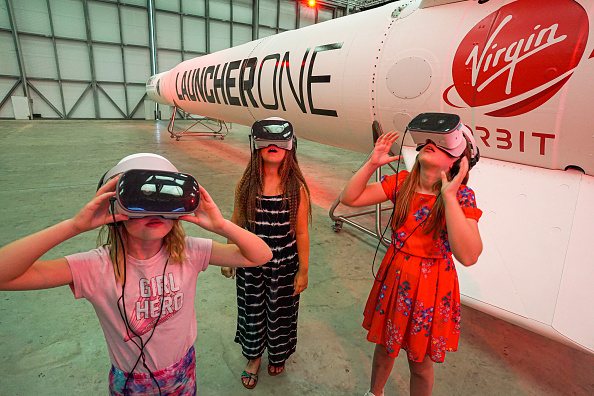 (Photo : by Hugh Hastings/Getty Images)
NEWQUAY, ENGLAND - AUGUST 02 : Young friends Lottie, Lilly and Tiggy use VR units in front of the Virgin Orbit Launcher One rocket on the opening day of the Story of a Satellite summer exhibition at Spaceport Cornwall on Aug 2, 2021 in Newquay, England. Spaceport Cornwall is aiming to launch its first satellites in spring of 2022.

The Cosmic Girl launched the LauncherOne from the Mojave Air and Space Port in California, bringing the seven small satellites to orbit after an hour since its liftoff.

The rocket of the Virgin Orbit flew the small satellites to orbit at 45 degrees.

According to the report by The Verge, the LauncherOne flew a total of seven smallsats, which is meant to orbit around the planet Earth.

The numerous satellites in the "Above the Clouds" mission belong to SatRevolution, Spire Global, and the Department of Defense.

Read Also: Virgin Galactic Pushes Back Paid Spaceflight Unity 23 to Mid 2022 | When Can It Compete with SpaceX?

As mentioned, the third successful LaunchOne mission is also the first-ever launch since its recent merger.

SpaceNews further noted in the same report that Virgin Orbit has successfully concluded its merging with a special purpose acquisition corporation or SPAC before 2021 comes to end, wherein it started trading on Nasdaq on Dec. 30.

The Verge also noted that the CEO of Virgin Orbit, Hart, kicked off his 2022 by ringing the Nasdaq opening bell last Jan. 7. Alongside that, a full-scale model of its LauncherOne rocket was also put on display in the Time Square of New York City.

It is worth noting that Virgin Orbit first announced that the firm is going public way back in August 2021.