The WTF Token airdrop did not go as planned after one bot ran away with 58TH or $180,000 after draining it from one user.

According to some people, there was not enough liquidity on Uniswap, which is why bots can easily control the token's price. What really happened during the WTF token launch? 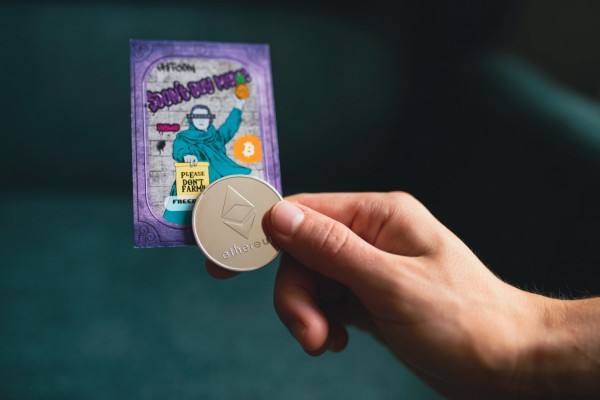 (Photo : olieman.eth from Unsplash)
One ETH user has reportedly lost 58 ETH or $180,000 during the recent airdrop of WTF Token.

According to a report by FXStreet, the airdrop that took place on Thursday, Jan. 13, saw a user who lost more than $135,000 worth of Ether. The person was reportedly buying WTF or Fees. wtf tokens) just in time, it happened in the Ethereum blockchain.

At that time, there was an accidental swapping of ether and WTF tokens. The user unintentionally swapped 42 ETH in exchange for 0.00004 WTF.

Related Article: How to Get Free Crypto | Top Projects that Could Potentially Airdrop Free Cryptocurrency

During the airdrop, there were crypto investors who felt skeptical about the Fees. wtf developers. It turned out that the low liquidity in the trading pool was the one to blame for the issue.

According to Cointelegraph, Fees. wtf is a site that allows Ethereum users to see their lifetime spend for all blockchain transactions. The WTF team sent tokens to users' wallet addresses for the promotion of the new digital currency, hence the airdrop.

Eligible users could receive NFT during the token launch, according to Fees. wtf. On top of that, they could also stake WTF tokens which have 7,000% return potential at that moment.

As soon as the WTF listing concluded in Uniswap, investors were quick to pounce on the opportunity to collect returns from the airdrop. However, the low initial liquidity in the ETH-based exchange doomed the users to false hope.

In hindsight, the buying scenario during WTF airdrop was indeed a bad move for a user. The data showed that the price of tokens plunged to over 60% in the past seven hours. It even hit a rock-bottom record of $0.09 in the waning hours of Thursday.

The issue stormed the WTF team on Twitter after several users posted their opinions about its airdrop.

One Twitter user wrote several pointers and summarized them in four lines. The founder of @rotkiapp said that the WTF developers created an app that can be done in just an hour.

According to this person, the project was also considered a Ponzi scheme.

Meanwhile, Tech Times recently reported that Tether froze three suspicious ETH addresses on the blockchain. All in all, they were worth $160 million in USDT stablecoin.

Read Also: Twitter Bots Are Monitoring Cryptocurrency Tweets To Steal Crypto Wallets-This Is How They Do It