The Best Horror Games to Play this Halloween

Although you can spend your time watching horror movies or TV shows or reading spooky materials—horror games remain one of the best ways to feel the chills, especially when you're sitting alone in a dark room with headphones on and full volume.

Here are some of the best horror games you can play to get ready for the Halloween season, courtesy of Gamespot.

A horror games' list won't be complete without any Resident Evil title. So far, the Resident Evil 2 Remake is a favorite, bringing back one of the most unforgettable Resident Evil with a more modern twist and graphics. 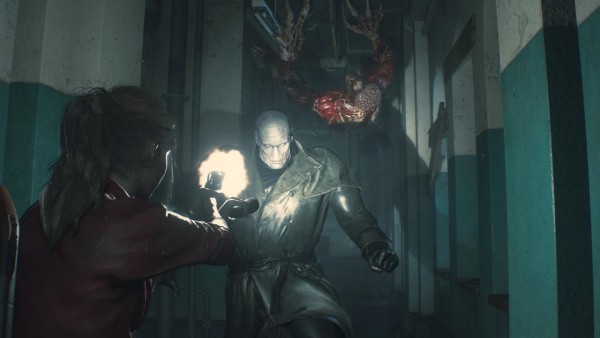 The Remake follows the original closely, such as allowing you to choose between Claire Redfield or Leon Kennedy throughout the zombie-infested Raccoon City.

However, there are new side characters you will meet and the different paths you can take.

The second Resident Evil title on this list, Biohazard, is one of the best titles from the series that you can play, mostly because it supports VR, which makes the whole situation a lot more terrifying.

A prequel will be released and will be playable in VR, but it will be only available in Japan, according to GamesRadar, so the world might not get to play it.

Amnesia is one of the best horror game series of all time, and you can get the Amnesia: Dark Crescent, Amnesia: A Machine for Pigs, and the Dark Crescent expansion, Justine, in the Collection edition.

This first-person survival horror game is still one of the best ways to build the tension and doubt barrels this Halloween season.

You can get the Collection edition on PC, PS4, and Xbox One.

Besides Resident Evil, the Silent Hill franchise is one of the most iconic horror games of all times because of its eerie atmosphere, terrifying creatures, and the never-ending sense of dread as you walk around the foggy Silent Hill town.

The best thing about Silent Hill 2 is that it doesn't rely on the action, but also on clever puzzles that you have to solve to survive.

It's tough to survive playing Outlast, not because it's the hardest game but because it's one of the terrifying games you can play, including inhuman Variants that chase you around and seeing graphic, horrific gore in first-person doesn't help, either.

The best way to play Outlast is to get the Outlast Trinity bundle, which includes Outlast, the WhistleblowerDLC, and Outlast 2.

You can play these on PC, Mac, Linux, PS4, Nintendo Switch, and Xbox One.