Diablo 4 leaks are far from over, and the latest BlizzCon 2019 leak regarding the game has revealed some new details about the rumored Blizzard game, specifically about its combat system and overall atmosphere.

According to a leak on Reddit, the Diablo 4 has a closer match to Diablo 2 when it comes to its aesthetics, something that fans of the sequel will love and enjoy, especially since the second game is well-known for its gritty and darker atmosphere.

Compared to Diablo 3, it seems like Blizzard is working on a grimmer tone for the new Diablo game, as the leaker describes the game as "infrequently laid with corpses," as well as "cult caves surrounded by flesh."

Even the story is a slight nod to the beloved Diablo 2, seeing as former ally Lilith is the rumored new antagonist for Diablo 4, based on a report by GamesRadar.

Besides its aesthetics, the new leak has also described other elements from the game, including allowing players to ride horses, and a PvP mode may be available from the start of the game--although a four co-op mode is undoubtedly making an appearance. 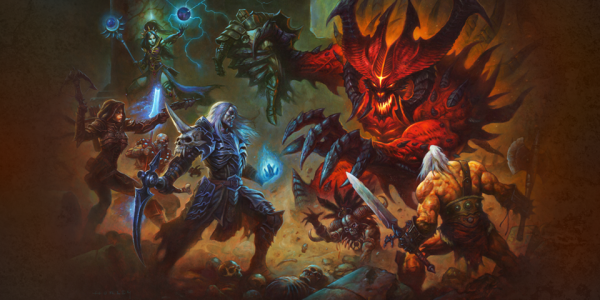 (Photo : Diablo/Facebook)
Diablo 4 is said to have an upgraded combat version of Diablo 3.

Additionally, it seems like there are also three classes confirmed to be included in the game, which are druid, mage, and barbarian.

Since it's still a rumor, it should be taken with a grain of salt.

However, an analyst from Niko Partners, Daniel Ahmad, did say that the rumors are lining up with what he had heard about the game, specifically its combat system that is similar, but a more upgraded version of that of Diablo 3.

BlizzCon was held on Nov.1 and will last until Nov. 3, and fans are enthusiastic that Blizzard will finally announce the game during one of their panels, especially when there are several mystery panels during the event.

During last year's BlizzCon event, the game developers also announced the latest Diablo game, entitled Diablo Immortal, but according to ScreenRant, fans were outraged with the release, which even led the company to defend their decision.

After a while, they seemed to stop talking about it entirely.

This year, fans are also expecting to hear some news about an Overwatch sequel, which Blizzard has focused on creating along with Diablo 4 after choosing to cancel a first-person shooter game for StarCraft, based on a previous report by Kotaku.

BlizzCon 2019 will offer free live streaming through its website or the BlizzCon mobile app.