The 'Dance of Avoidance': How Neptune's Moons Avoid Collision [VIDEO]

However, the two celestial bodies have always maintained their distance and have avoided colliding into each other ever since they were first discovered in 1989, and probably a long time before that.

The "Dance of Avoidance"

And, it was only until very recently when NASA has discovered the reason why: the moons move around each other in a unique orbital pattern, which has been dubbed the "dance of avoidance," according to Newsweek. 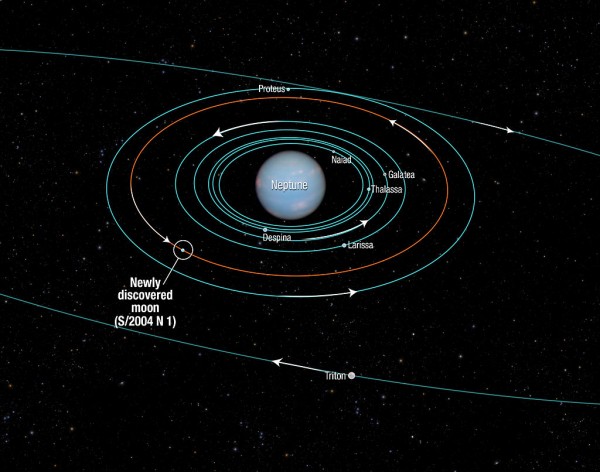 Both Naiad and Thalassa weave in and out of each other's orbit, making sure that they do not get too close to one another, with the former moving in a zigzag pattern, and passing by Thalassa twice above and twice below.

Among the two moons, Naiad moves faster and orbits the icy giant, orbiting around seven hours, while Thalassa does it in 7.5 hours.

Experts at the space agency are still unsure as to how the two moons were able to come up with this perfect routine, but they do have some theories.

One of their working theories is that Neptune's first satellite system was disrupted when the planet captured the giant moon, Triton.

"We suspect that Naiad was kicked into its tilted orbit by an earlier interaction with one of Neptune's other inner moons," said Marina Brozović, the lead author of the published journal in Icarus, and one of NASA's experts in solar system dynamics.

"Only later, after its orbital tilt was established, could Naiad settle into this unusual resonance with Thalassa," she continued.

It is also believed that the two moons have been locked in this beautiful dance for a very long time since their orbits are stable.

Besides that, another interesting fact about the two moons is that they seemed to be made up mostly of water ice, which was deducted after years of data collection from the Hubble Space Telescope and the Voyager 2--the only spacecraft that had visited Neptune on its way out of the solar system.

Other space telescopes were also used to collect data from Neptune and its moons, which started from 1981 to 2016.

An animation of the "dance of avoidance" by Naiad and Thalassa has also been published.