NASA has been planning on sending people to the moon once again, as well as further space travel for humans and hopefully reach Mars in a few years. But with the discovery from a NASA research, will the space agency continue with their plan?

According to Daily Express, a recent NASA study has revealed that prolonged exposure to zero gravity can affect the blood flow of an astronaut's upper body.

The study was done on 11 healthy astronauts, consisting of two females and nine males of around 46 years old and have stayed an average length of six months aboard the International Space Station or the ISS. 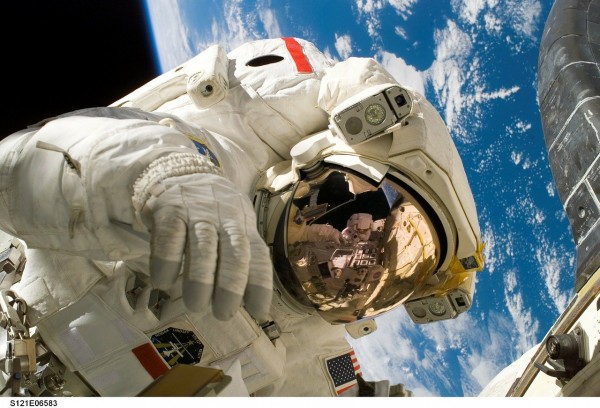 For the test, these astronauts had their left jugular veins—the blood vessel which is responsible for draining blood from the brain, neck, face—monitored through ultrasound scanning.

What the study revealed is that seven out of those 11 astronauts showed signs of stalled or reversed blood flow, specifically in the left internal jugular veins—something that can block the blood vessel and could severely impact an astronaut's health.

In worst-case scenarios, it can even lead to their death.

Apparently, the results of the study came as a surprise for Michael Stenger, the manager of Cardiovascular and Vision Laboratory, especially since the astronauts did not show any symptoms from the clot that formed.

"We did not expect to see stasis and reverse flow. That is very abnormal. On Earth, you would immediately suspect a massive blockage or a tumor or something like that," Stenger said to NBC.

With the results, it could risk the mission to Mars that is expected to launch by 2024, especially since space travel is prolonged with greater distance.

It is believed that the trip to Mars would take up to eight months on a spaceship with zero-gravity space.

ALSO READ: Study Reveals an Expert's Brain is Different from a Novice's

According to the Daily Mail, NASA began these studies a few years back when two-thirds of astronauts reported having blurry vision and getting visual impairment after a few months aboard the ISS.

Other experts believe that the results were hard evidence that there needs to be more research concerning spaceflight and how it affects the human body before we go on a long journey in space, where astronauts are millions of miles away and can't access medical help in case of an emergency.