The year 2020 will mark another important milestone in mankind's history - as this will be the year when the new Space race between the most powerful nations are planned to come into fruition, including (but not limited to) sending the first human to Mars.

Let's recap what happened so far in the Space Race as we oversimplify important events leading up to this day. Flat Earthers might frown upon these events and call them "fake," but let's ignore trolls for the moment and focus on reality.

On August 2, 1955, United Soviet Socialist Republic answers the announcement made by the United States to launch the very first satellite into the vastness of space with their own satellite. In October 1957, they successfully Sputnik 1 - the first Earth-orbiting satellite in history.

Fast forward to November 3, 1957, the Soviets successfully launched Sputnik 2 onboard is a dog named Laika (the so-called "wonder dog"). The United States answered this as they entered the Space race officially on January 31, 1958 - just a year after Sputnik 2 they launched Explorer 1 to the orbit.

On April 12, 1961, the soviets finally sent the first man into space aboard the Vostok (after several unreported casualties of trying to do so). Yuri Gagarin became the first man in space as he made a single orbit around the planet and spent about an hour and 45 minutes in space before finally landing back to Earth. Much to Alan Shepard's dismay as his mission has been delayed for weeks. However, on May 5, 1961 Shepard was launched into space aboard Mercury Redstone 3 AKA Freedom 7. And after several more missions from both sides. On July 20, 1969, Neil Armstrong and Buzz Aldrin became the first men to walk on the moon.

As we can see, the journey has been a very rough road for mankind, and we have gone through many changes and innovations. And have even built the International Space Station through unified efforts of several nations, which is the single most expensive thing ever built EVER. We also need to mention that we even played golf on the moon.

In the year 2020, China, India, and Japan announced their plans for space. They plan to accomplish these before the end of the year:

3) And manned missions to Mars

China also launched a Long March 5 rocket from Hainan in December. Blaine Curcio, the founder of Orbital Gateway Consulting in Hong Kong, stated that this rocket is essential in the context of the Mars 2020 mission. He said that failure of this mission will not rule out China's Mars missions but instead make it "unlikely". But as we all know - this launch was a complete success. Today China has outdone both the US and the Soviets as they did 33 orbital launches in 2019 before the Long March 5. They also became the very first nation to land a probe on the far side of the moon.

This has snowballed the other nations, especially the United States of America, as Donald Trump officially added a new military division he called "Space Force" and said famously,

"We will go back to the Moon, this time for good!" 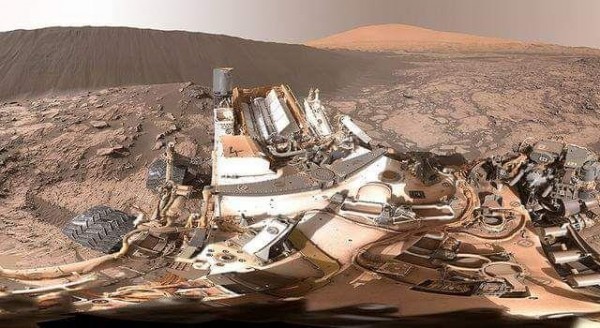 Experts say that mankind cannot expect to effectively manufacture vehicles to be sent into space and possibly materials to build a Dyson Swarm if we stick to Earth production then Space Launch - it is simply too taxing to escape the Earth's gravity every time we need to do something on space. This isn't a problem, though for the Moon. As a bonus, anything that we can manufacture on the Moon can be easily sent back to Earth. This can even make routine Mars missions relatively easier and doable.