How to Read The Witcher Books in Order

Despite being released just less than a month ago, Netflix's The Witcher nearly topped the streaming service's most popular shows of 2019. It's also currently the most in-demand show in the world, surpassing Disney+'s highly rated The Mandalorian.

But although Henry Cavill's show-stopping performance alone is enough to drive fans to binge-watch and obsess over this new fantasy saga, its success is also influenced by its already large built-in audience: the fans who have played the video game franchise and read the book series before the show even premiered on Netflix.

If you're done watching the first season, you might have to wait until 2021 to catch a glimpse of the second installation of this fantasy epic. In the meantime, you can read our season 2 top predictions, or play the video games or read the books to hunt down monsters in the Continent with Geralt of Rivia a.k.a. everyone's favorite monster, assassin.

About The Witcher Book Series

Written by Polish author Andrzej Sapkowski, The Witcher book series is comprised of two short story collections, five novels, and a standalone book. The first book in the series (The Last Wish) was published in Polish in 1993, but its English edition was not released until 2007, the same year when CD Projekt Red developed an action role-playing game adaptation. 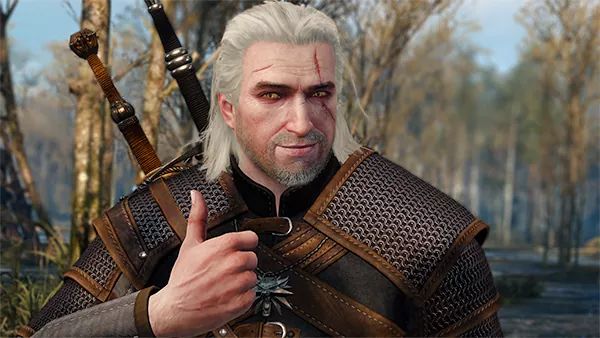 How to Read The Witcher Books in Order

If you're new to The Witcher books, you must know that the books were not published in chronological order. With so many books out there, it can be tricky to figure out where to start. Luckily, we got help from the many fans who have already finished devouring the swordfight-filled books. Here's the ideal reading order for your reference:

You'll want to begin with The Last Wish as this is where Geralt was introduced. It talks about how he came to be a witcher and what one does while establishing the Continent as the backdrop. The stories in the book will introduce you to the games as well as the Netflix adaptation. Five out of the eight episodes on the show were adapted from the stories in The Last Wish.

SEE ALSO: The Witcher Author, Showrunner React to Show Being Compared to Game of Thrones

Next, you'll want to read the other short story collection, Sword of Destiny, because this is where Ciri was introduced. The stories in the book also took place before the main novels.

After reading the short stories, you can move on to the main novels and begin the saga. Luckily, the novels were published in chronological order, so you wouldn't have to guess which one to read first.

When Should You Read Season of Storms?

As for the recently released standalone book Season of Storms, we suggest you use your discretion on when and whether to read it. Deemed by many as a "sidequel", its plot takes place between the stories in The Last Wish and Sword of Destiny and is actually irrelevant to the main arc.

Verdict: whether you read it between the two short story collections or before or after the main saga makes no difference, but make sure to read it to get a full The Witcher experience.

RELATED LINK: The Witcher Season 2 Top Predictions, Spoilers, Plus Everything You Need to Know

ⓒ 2021 TECHTIMES.com All rights reserved. Do not reproduce without permission.
Tags: The Witcher Netflix
Most Popular