The next iteration of Apple's iPhones will be just as strong as a MacBook Pro, according to rumors. According to Apple iPhone12  leaked reports from analyst Ming-Chi Kuo, as well as experts from Barclays, the specifications of the rumored iPhone 12 lineup, will be unlike anything anyone has ever seen. 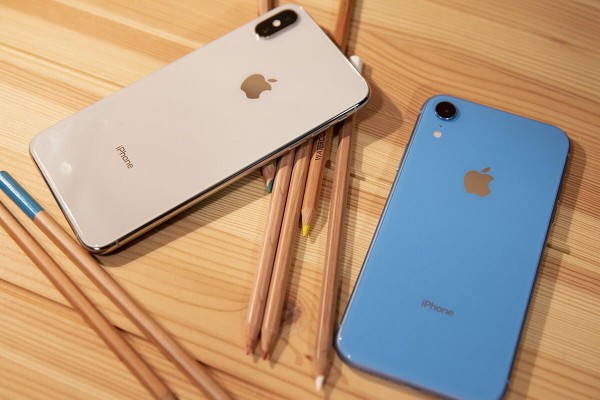 Up until now, Apple's iPhone products remained one of the leading brands of smartphones. However, it looks like Apple is gearing towards a much more powerful product that's not only stronger than any smartphone but almost as strong as a personal computer.

According to several Apple iPhone 12 leaked reports that popped up across the net in the past months. Among the exciting features are a long-range 3D camera with time-of-flight sensors, 6GB RAM, a 'refreshed' Face ID, in-display Touch, and 5G technology.

These are all exciting upgrades -some of the best Apple had in years - but the headline-topping news is that the iPhone 12 will stand side-to-side with the MacBook Pro. Apple's line of laptop products combines elegant design with powerful machines, which is usually the choice of business-savvy individuals and on-the-go artists.

Under the exclusive partnership with Taiwan Semiconductor Manufacturing Company (TSMC), Apple's next-generation A14 chipset will use a 5 nm technology, a huge leap from the A12, and A13 chipset, which both had 7nm.

The iPhone never made their processor their main selling point, but that doesn't mean they've fallen behind the competition. Still, Android smartphones usually hold championship medals when it comes to the processor competition.

Android smartphones usually score around 3,000 points in Geekbench 5 multi-score benchmarking tests, which is already considered top-of-line. According to MacWorld's Jason Cross, the upcoming iPhone 12 with almost 15 billion transistors in its new-gen chipset will have a score of around 5,000. Compared to the current top standards, 5,000 is already really high. In comparison, 5,000 is already equivalent to the performance of a 6-core desktop CPU-a 15-inch MacBook Pro.

Another exciting technology to be incorporated in Apple's iPhone 12 is the integration of a long-range 3D camera that can use laser-based technology to map it's surrounding environment up to 15 feet actively. In comparison, the current projector-based technology used in Face ID has a range of 25-50 centimeters only.

Additionally, time-of-flight sensors similar to the TrueDepth system used by FaceID will also be added to improve the quality of 3D photo captures. In collaboration with Sony, the tech giant aims to make augmented and virtual reality as part of their iPhone features in 2020.

Apple also plans to increase the RAM of the iPhone 12 to 6GB, 50% bigger than those in the iPhone 11 lineup. This kind of improvement in RAM can certainly lead to graphics comparable to those used in games, big exciting news for mobile gamers.

Despite the unfavorable predictions for Apple this year, iPhone fans are certainly delighted about the iPhone 12's specifications. If true, the features mentioned in Apple iPhone 12 leaked reports will put the company in front of the market race against other tech giants.

Read More: Should You Get the iPhone 11 Pro? Things to consider before upgrading

ⓒ 2021 TECHTIMES.com All rights reserved. Do not reproduce without permission.
Tags: Apple iPhone 12 Rumors
Most Popular