US vs China: America Plans to Ban Usage of Chinese Drones

Looks like the feud between U.S. and China have been more intense these past months as U.S. bans Chinese drones-- citing issues of espionage. Will this result to a total ban of civilian drones?

BBC reported on Jan. 16 that U.S. officials worried that civilian drones are used as a spying tool by the Chinese government.

As of today, according to the Federal Aviation Administration or FAA, 2 million sets of drones had already been sold commercially in the country. Over the next years, this number is expected to be doubled with more than 2.4 million units.

Head of the U.S. Department of Interior, David Bernhardt, recently got worried about the widespread use of civilian drones all over the country.

According to him, most of these drones were made from China-based companies, which may result in Chinese espionage or the act of obtaining personal or confidential information without any permission from the owner.

"Until this review is completed, the secretary has directed that drones manufactured in China or made from Chinese components be grounded," according to the statement sent to the BBC.

As of now, a Shenzhen-based company called Da Jiang Innovations Science and Technology Company, or, DJI dominates the drone industry in the U.S. 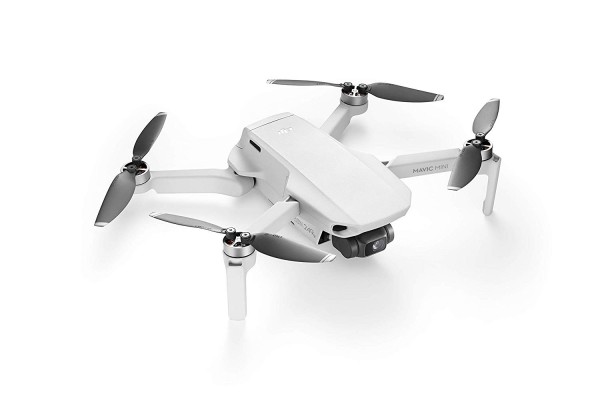 (Photo : Amazon)
US vs China: America Plans to Ban Usage of Chinese-Made Drones

Though Bernhardt said that the country is now worried about Chinese drones, Michael Oldenburg, a spokesman for DJI Technology Inc, tells the BBC that there is still no "credible evidence to support a broad country-of-origin restriction on drone technology."

Meanwhile, the federal agency also clarified that drones that are being used for emergencies like rescuing people or fighting fires may still be used in the country.

Trump even described China as 'cheaters' saying that "since China's entrance into the World Trade Organization in 2001, no one has manipulated better or taken advantage of the United States more. I will not say the word 'cheated,' but nobody's cheated better than China. I will say that."

As of now, the Federal Agency has not yet released any official and final statement regarding the banning of civilian drones.

In 2019, a reported number of mysterious flying drones were seen to be doing surveillance around U.S. military bases on parts of Colorado, Nebraska, and Wyoming.

The first drones that were reported were via Phillips County Sheriff's Office on Colorado state wherein alleged 16 civilian drones were being investigated as having malicious intentions since some of them were flying in grid patterns.

The U.S. Air Force already explained that these civilian drones were not part of any of their military exercises. That's why Colorado made a warning to all civilians to report any of these mysterious drones once they see it flying around their area.

"If any of these drones fly onto your property or are looking into windows, please call the communications center immediately so a deputy can respond to your location. If you happen to come into possession of one of these drones, please contact the Sheriff's Office so we can conduct a forensic evaluation of the drone to identify the owners and take the appropriate actions," said Phillips County Sheriff's Office.

ⓒ 2021 TECHTIMES.com All rights reserved. Do not reproduce without permission.
Tags: US vs China US government China Chinese espionage chinese drones Drones bans drones
Most Popular