Wednesday, Jan. 22, the latest Call of Duty Modern Warfare upgrade arrived, and gamers from around the world are thrilled with the new crossbow! Going live at 6:00 P.M. (United Kingdom time), one of the most popular First Person Shooter games out there saw how modern warfare could be quite interesting, but then again, they decided to make a twist by adding a Crossbow.

Time for the Call of Duty Modern Warfare Next Patch

Available on all playable platforms, the new patch will be an easy update that elevates the whole gaming experience. Call of Duty focuses on meticulous details, which make their games feel a little bit more realistic compared to other games from their recoils being as accurate as possible to the game mechanics itself.

Several COD games have been released, but it seems Modern Warfare series gets the most attention. Aside from the story, the multiplayer option on Modern Warfare makes for a challenging and competitive game where players play against each other with almost the same resources depending on their level. This makes skill very important, and this is why gamers stick to this game. 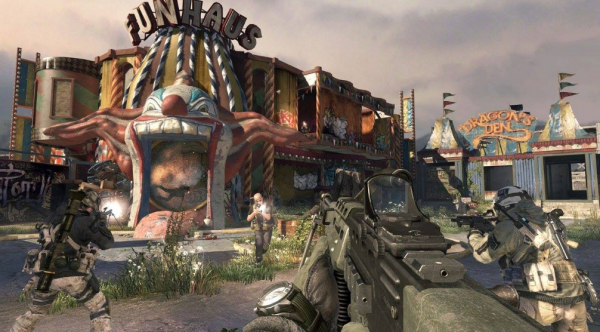 The Crossbow Update for Call of Duty Modern Warfare

Modern weapons are very familiar to most gamers when it comes to modern warfare, but how cool would it be to have a crossbow in hand? This crossbow has to be obtained by completing challenges to make sure the player wielding the crossbow is worthy of using it. Most weapons and upgrades have to be unlocked depending on player skills, and this is only fair as it gives players incentives to improve their skills in the game.

Meant to be a one-hit-kill kind of weapon, the crossbow would be really advantageous to more experienced gamers who know how to navigate their way throughout the game and whose aim is excellently accurate.

Bugs around Call of Duty Modern Warfare are being fixed

This has been a constant issue for not just first-person shooter games but games of every genre, and this is something being fixed. Bugs can be used for unfair advantages or may hinder the gameplay in general, which is why they have grown quite annoying to players and have become the focus of most complaints. Call of Duty is not exempted, and they are fully aware of this fact.

Another update that is quite useful is the five additional loadout slots, which allow the player more freedom when it comes to their gameplay. Giving the players an advantage does not actually simplify or complicate the gameplay. This just makes the gameplay more interesting!

Call of Duty Modern Warfare has just improved their whole gaming experience with a simple addition of a crossbow, fixing a couple of bugs, and also the additional loadout slots. A great patch to improve your gaming experience.

ⓒ 2021 TECHTIMES.com All rights reserved. Do not reproduce without permission.
Tags: Call of Duty Call of Duty: Modern Warfare Playstation 4 Xbox
Most Popular