Steve Jobs' Apple iPad History, Things You Don't Know, and What to Expect on iPad 2020

January 27, 2010 had been marked the day of the 10th anniversary of a device that is in between smartphone and laptop, the Apple iPad tablet.

This date is a very iconic day for the company since the late Apple founder Steve Jobs personally showcased on the event what iPad device can do for all the consumers.

If you got the chance to watch Steve Jobs-- on the internet or personal-- when he launched iPad, you witnessed a history-in-the-making on the tech world.

According to a report, Apple's iPad was the last great device that Jobs created before he passed away. If you will remember the launching of Apple iPad, Jobs first thanked everyone for the success of iPods-- the music device of Apple back then.

He then asked the audience to figure out if whether a new category of a gadget can fit between a smartphone and a laptop. By then, he chose to reveal the sought-after tablet device that defeats a smartphone but kind of equalizes to a laptop, the Apple iPad tablet.

After this, Apr. 3, 2010 became the selling-point of iPad all over the world. Since then, the market continues to grow to reach 400 million sold iPads, as of late 2018.

Top 3 major things that you don't know about Apple iPad

Before you get too emotional with remembering your very first iPad, there are things that you should know first about Apple's iPad and how did these things make a major impact on how tablets were designed.

Before Apple launched the iPad tablet, there was already a tablet device from the company that had the same features. It was called back then as Apple's Newton MessagePad that was launched in 1993 with a price of $900.

It was also later on thrown to the trash by the company after finding out that the device does not accurately transmit what you'd written into the text. Since then, they continued to experiment until 2010 happened.

This is way different from the current model of iPad Pro wherein you can go up to 1TB storage and 2,732 x 2,048 higher resolution.

In 2019, research found out that Apple iPads were still in-demand in the market when Strategy Analytics showed that more than 26% of all tablet shipments still compose of Apple iPads.

Apple iPad 2020: What to Expect and Leaks 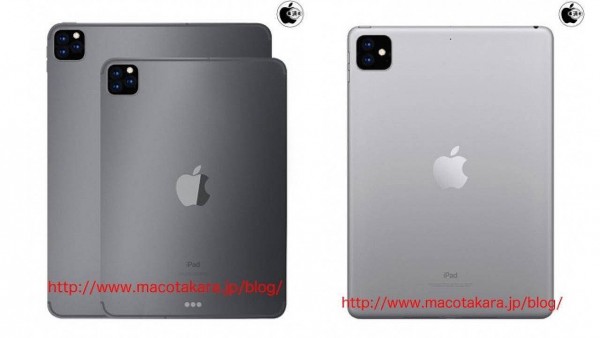 A lot of reports online already established the new look of Apple iPad for the year 2020. According to the leaked images from Macotakara, there are big changes to expect for these new set of iPads.

For example, the next iPad smart keyboard would be more high-end as users will no longer have to recharge it by plugging but by attaching it to your iPad. Aside from that, there are also rumors that the keyboard will have backlights in the keys.

Furthermore, Apple iPad Pro and Air are reportedly having both a 3-camera array just like the latest iPhone model. Both gadgets are expected to be launched in March 2020.