Super bowl ads are normally the usual bunch of topics like luxury cars, everyday beers, and big tech companies, which is why the change in focus to Dashlane's Super Bowl Ad just goes to show that password managers are a force to be reckoned with! Companies have to shell out about $5.6 million dollars just for a 30-second advertisement during the Big Game, and it is one of the most iconic advertising for Americans as almost everybody knows what Super Bowl ads are. 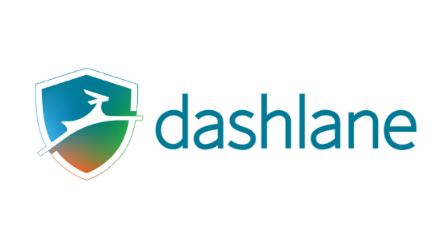 Who on earth is Dashlane?

Relatively younger to the corporate world compared to bigger brands, Dashlane has already existed since 2012, battling with its competition, namely 1Password and LastPass, who have already been existing at that time. For quite a while, password managing apps have already been recommended by security experts, but users have not been quite cooperative. Now with all the internet hype and news of leaks roaming around even by trusted big companies, people are starting to see the need for proper internet security software.

Problematic passwords and the hardships of remembering them

Passwords are the protective layer that makes your accounts accessible only to the one with the password but because there are two major dilemmas when it comes to passwords. The first being it is hard to remember every single password, especially for people with multiple accounts or people who have accounts with plenty of websites or apps. The numerous amount of accounts call for different passwords just in case one is hacked, at least not every single account is compromised.

The second is the components of your password. The more complicated your password is, the better chance you have of keeping your password safe. Remember the little notification when you create your account, which suggests if your password is strong or weak? That is pretty useful information because it helps you understand the risk of certain combinations as passwords.

How did Dashlane wind up in the Super Bowl?

Dashlane was able to afford this advertisement because of the reputation it has gained by being WIRED's favorite password management company gathering a $110 million last spring, which was a huge budget that made the Super Bowl ad affordable. Of course, this is due to its stellar performance in providing internet security for all.

The importance of internet security

Internet security has become the top priority of some companies because of the abundance of data and the thin security measures existing around the internet. Not to mention the number of hackers lurking around trying to gather data through unlawful means for maybe even harmful purposes.

The importance of companies like Dashlane has cemented their presence during the most recent Super Bowl with a stellar video and an announcement to the world that password management applications are a force to be reckoned with! It is usually companies that sell tech, which gets a spot on Super Bowl ads, but this time, it is the company that protects the users that do this.