Trials of Osiris is coming back to Destiny 2 next season, and much preparation has been made to stop Trials of Osiris cheaters lurking in the corners waiting to make unfair gameplays. The game has had many complaints about cheaters, and this is pretty upsetting for the PvP heavy game. 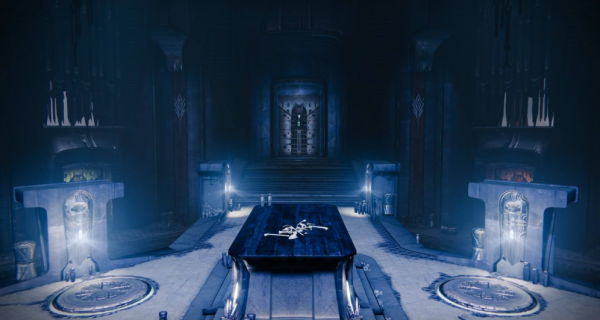 The old-fashion way to counter cheaters

Although Bungie is extending their efforts to get rid of cheaters the old-fashioned way, this method is both time consuming and is also becoming obsolete in the world of revolving gamers. Everything happened when Destiny 2 made its way to PC and started becoming a free-to-play game, which allowed New Light players to hop on instantly.

Read Also: How to Use Destiny 2's Wormgod's Caress and Winter's Guile Bugs to Your Advantage

Bigger stakes involved with the Trials

Now that the Trials of Osiris is on its way, the stakes are getting bigger as garnering enough wins to be able to get to the Lighthouse or just going Flawless will be two of the critically important parts of this wonderful experience. The rewards are also higher with the new tangible and valuable rewards, which are far from just gaining bragging rights.

The first way to counter cheaters is through a Paywall

One of the highlights mentioned by Destiny's team is that cheaters have access to this game and have it even easier since there is no amount required to play. Although this opens its doors to other players as well, there is no more filtering process, which makes it very easily accessible to hackers. The bigger population of players also make cheaters harder to manually spot and observe. Since the game is free, the accountability of the cheaters will not be that important for them because they can always make another account just to play.

Although it would be nice to have free games here and there, there is still a huge risk that with the availability of this game, unfavorable cheaters would be enticed to troll and destroy this game even more. Although this is not the most favorable method of blocking cheaters from this game, it is also understandable why this is one of their options.

Having a power minimum

A power minimum encourages players to play lawfully and follow the game's original intended gameplays. The idea is that there should exist a minimum power level for the Trials, for example, let's use 900 or something, this would force cheaters out as the game becomes more complicated and people would have to work their way to deserve a spot which cannot be achieved by just any cheater. Another advantage of this approach is once a cheater gets qualified, they will automatically be observed to see if they pass as a rightful playing gamer and not a cheater.

Ultimately, the combination of these two precautions should discourage players from cheating because they put money at stake and they could lose their character and get expelled. The tracking process for cheaters is still being improved, which is why there is much focus on the filtering process as of now. Trials of Osiris cheaters should either stop cheating or stop playing altogether.