Double Dragon and Kunio-Kun: Bringing Back the Retro Games to PlayStation 4 and Nintendo Switch!

Old school games usually embody that classical and retro vibe of simplicity, which is what Double Dragon and Kunio-Kun used to bring, and now fans of old school beat 'em up games are excited to play two classics on both the PlayStation 4 and Nintendo Switch!

Retro beat 'em up games involve simplicity and dynamics that make the player want to perfect. From timing, precision, and strategic thinking, games like Double Dragon and Kunio-Kun are bringing back memories of the golden days we used to enjoy very dearly.

Read Also: No New Nintendo Switch Model This 2020 But Animal Crossing Edition is Coming This March

Double Dragon and the legacy it brought

Double Dragon is among the most famous beat 'em up franchises collected all together with a unique genre and stellar gameplay. The cool representation of the city streets and the whole concept of battling thugs and bad guys is something we have all grown into by watching movies and playing other video games. Double Dragon is one of those games that have contributed to this appreciation of the genre.

Kunio-Kun has a more oriental feel which focused on Japanese high school rival gangs, and although it sort of disappeared in the west from the 80s to 90s, they have still made a solid impact on modern games and themes today. In fact, the concept of Japanese high school gang rivalry was adapted by many other games later on.

The 18 games from the Double Dragon and Kunio-Kun series

The franchise is not just a single game but rather a collection of 18 games. All in all, which span over a couple of years and include hours of enjoyable gameplay. Arc System Works is bringing the 18 games together in a bundle available for Playstation 4 and Nintendo Switch. With modern consoles playing these classic games, there is no telling how fun the whole bundle is going to be!

Inclusions of the bundle 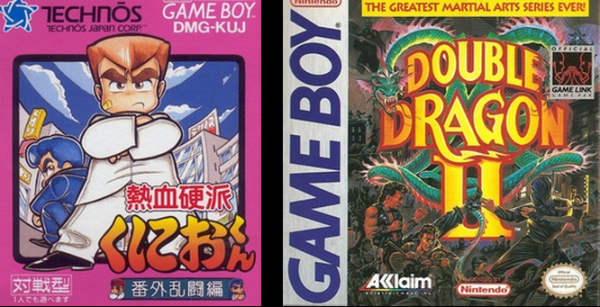 The Beat 'em up genre

Although the beat 'em up genre has faded into a more modernized version, fans of the old gameplay are still all over the work of art that Double Dragon and Kunio-Kun are bringing to the PlayStation 4 and Nintendo Switch.