Spotify Soon to Stream Directly on HomePod; To Set as the Default Music App in iOS 14, too 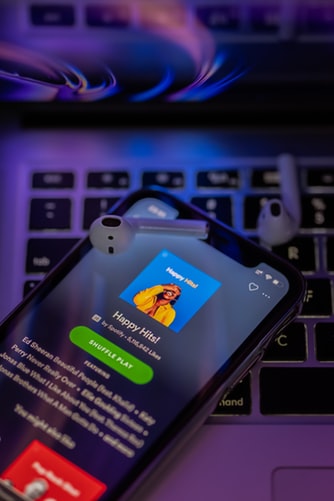 Mark Gurman from Bloomberg, reported earlier today that Apple is currently working on allowing third-party music streaming apps like Pandora and Spotify, to be directly streamed on the HomePod that comes with Siri in an update of future software. Currently, Spotify streams only on HomePod through AirPlay. In addition to this, according to the report, Apple is considering to allow as well, third-party music services that can also be set as default in iOS 14.

However, this can only be done by asking Siri to stream music from Spotify and the likes, without the need to specify, "with Spotify" at the command's end. Presently Siri defaults to Apple Music for these kinds of requests. Early last year, Spotify announced "it had filed an antitrust complaint against Apple with the European Commission" because of unfair practices on the App Store. Also, at that time, "Spotify took issue with lack of Spotify support on the said two iOS devices, which has now been modified to a limited extent, not to mention, at the HomePad.

Apple's Then Exclusivity in Users' Choice of Preferred Music

In an excerpt from the website, "Time to Play Fair," Apple is said to have ignored the preferred music choice of the users and steered them to use only Apple Music, instead. Therefore, if one asks Siri to play his favorite song or album from Spotify, he won't be able to hear his request. If you are one avid Spotify user and you want it played on your iOS device, you surely find this frustrating. Indeed, you cannot listen to your Spotify playlists from your Apple HomePod!

Indeed, as of this writing, there's no luck with you, listening to your favorite music streaming platform. And, for those who haven't known, Spotify is currently available on almost every other speaker device you'll find. And, because of this exclusivity of Apple in music streaming, the tech giant has faced growing scrutiny until this time over how it is running its App Store, beyond the complaint of Spotify itself. That is why allowing third-party music apps, which can be set as default, will definitely help alleviate a number of those concerns.

The Bloomberg report does not indicate that the specifics have not yet been completely fixed and ironed out. However, the same report stated that "rollout conjunction with iOS 14 appears most likely, which would have the Apple users waiting until the latter part of this year, to enjoy the feature. For years now, Spotify has been famous because it is making it so easy for every music lover to find the right music, not to mention podcast moment after moment using a mobile phone, a computer, or a tablet.

Undoubtedly, podcast enthusiasts rely so much on Spotify because of its millions of episodes and tracks to listen to. So, it doesn't matter if you are working out, driving for a long trip, partying or even just relaxing. There is the right podcast or music ready to be clicked with just a touch from your fingertips. Undeniably, for quite some time now, Spotify has been known for being the one that surprises you if you choose any song you want to listen to.