Want to Watch the Supermoon That is Set to Light Up the Nigh Sky Tonight LIVE? Here's How.

We will be having another celestial event tonight, the Supermoon. This is the second one of 2020, and there are still two more to follow. It is set to light up the night sky. 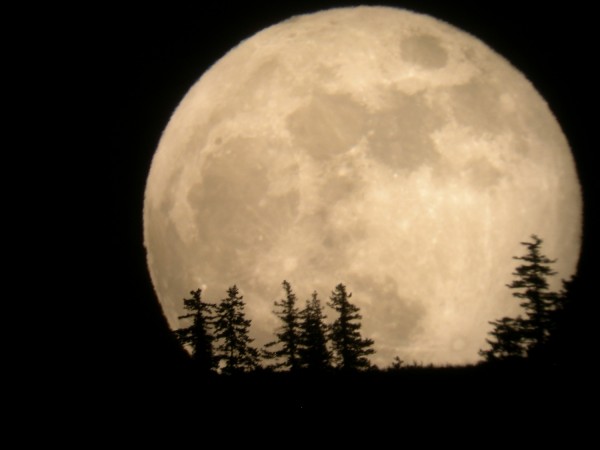 Read Also: You Can Soon Enter and Look Inside Uranus in a Deeper Angle Using a HUGE Spacecraft Slingshot!

What time will the Supermoon be visible, and how to watch it?

Astronomers have predicted that the worm moon will be visible across from the sun at around 547pm GMT. Stargazers should be able to look for the moon on the eastern horizon, but if that is not possible, you can watch the Supermoon at home.

The Virtual Telescope Project in Italy will be able to track the Supermoon live online as it starts to ascend on the night sky, so you can definitely watch it without having to leave your room.

"The Supermoon is back for the second time this year, which will offer four of them in a row. Looking at the Full Moon rising is a stunning experience, always. When it is at its closest to the Earth than usual, it is even more fascinating." said Astrophysicist Gianluca Masi.

A second alternative is the robotic telescope service Slooh. It will also be hosting its own Livestream on Tuesday, Mar. 10, where astronomer Paul Cox will be guiding all viewers through the science and history of the Supermoon. This will be scheduled to go live at 2 a.m. GMT on Tuesday.

Known as the "Worm Moon"

If you are wondering why it is called worm moon, it is because the moon corresponds to the same time of the year as earthworms begin to emerge from the soils. This is also 14% bigger and 30% brighter in the night sky as it reaches the nearest point to Earth.

According to NASA, being the last full moon of winter, this March Supermoon is very well known to the northern tribes of America's Indian as the Crow Moon as it is the signal of the end of winter. On the other hand, Europe called it Lenten Moon because it corresponds to the Lenten season, which takes place before Easter.

They also say that the moon orbits in an oval that makes it move closer to and far away from the Earth as it keeps going around. The farthest point is called the perigee, which is either the longest or shortest distance from Earth, and it is about 253,000 miles to 405,500km from the Earth. The size of it depends just a little slightly. It is not the same every time.

Another month, another new Supermoon. It is quite interesting as to how all these celestial events connect. Astronomers, photographers, and stargazers will have another great time looking at the night sky, and so will we. It is pretty much amazing how beautiful the universe can be-another time of the year when everyone gets together and marvel at the Supermoon.