NBA has now opted to suspend all remaining games as players have tested positive for Coronavirus or COVID-19. 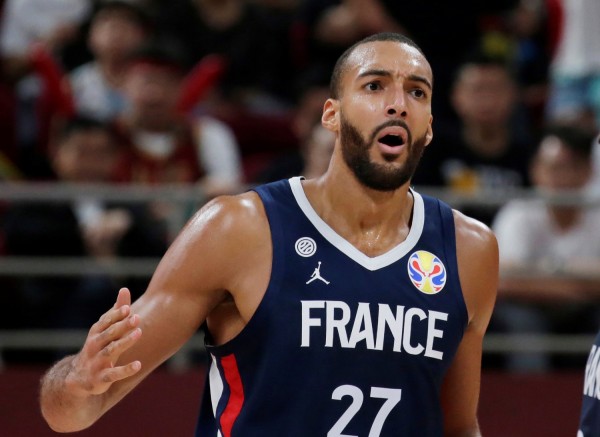 The entire 2019-2020 NBA season is now being suspended following Rudy Gobert, a Utah Jazz Player, tested positive for the coronavirus according to The Athletic's Shams Charania, though Gobert was not at the arena at the time.

Following this, according to ESPN's Adrian Wojnarowski, all players on both teams are now being quarantined in the Oklahoma area.

Wednesday night's Jazz vs Thunder match only lasted 30 minutes after concerns about the virus grew and spread. It was the first-ever game to be canceled and the entire season followed.

The NBA took ti to their social media to announce the hiatus, saying, "The NBA is suspending gameplay following the conclusion of tonight's schedule of games until further notice. The NBA will use this hiatus to determine the next steps for moving forward in regard to the coronavirus pandemic." Officials and coaches have discussed the situation along with the stadium staff, leaving the commentators confused as to what exactly was happening. Eventually announcing on the PA system that they have decided to ultimately postpone and suspend all games.

In a video, Gobert though it would be funny to keep touching every single microphone in the media room and now, he has Cornavius and the entire season is suspended.

In another news regarding the Coronavirus, on the same night they suspended the NBA season, Tom Hanks had shared with his Instagram account that he and his wife Rita have tested positive as well.

Read Also: History Repeats Itself! Coronavirus Similar to SARS and Scientists Have The Pictures to Prove it!

In a previous report on Tech Times, Hanks and his wife Wilson just announced to the world that they both have been infected and tested positive for the coronavirus or COVID-19. They announced this over on Tom's Instagram post.

They were both in Australia while Hanks was doing a production schedule for an Elvis Presley movie under Warner Brothers and directed by Baz Luhmann.

Though the top priority of the production is their team's health, some Australian Health agencies have been working twice as hard to try and identify if whether or not the couple has made contact with other people and which of them could have been the culprit and tested positive for the virus as well.

It is also unclear if the movie will still go through with production after learning this unfortunate incident. It was supposed to be scheduled for October 21, 2021. However, it is highly likely to be delayed or postponed as along the virus continues to spread all over the world, affecting everyone and everything in its way.