NASA Detects Two Asteroids Coming Towards Earth: Can these Rocks Cause Damages?

Currently, one of NASA's works includes tracking asteroids and just recently, an asteroid has been identified to pass Earth close enough to cause an "airburst"! The first asteroid was then named the 2020 EF and the second one named 2020 DP4 which have both been the subject of NASA's Center for Near-Earth Object Studies or CNEOS. 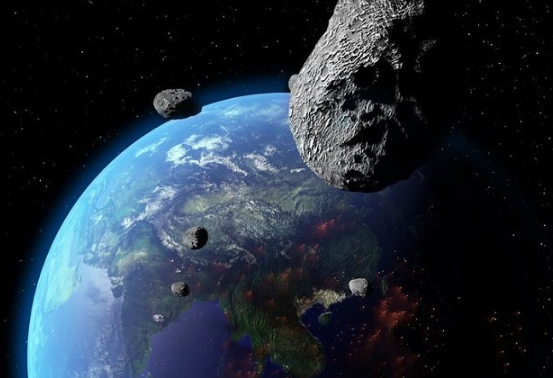 The good news is CNEOS said that despite being incredibly close to Earth's atmosphere, the size of the asteroid would be too small for it to survive close contact with Earth's surface. The asteroid thankfully measures only 98 feet in diameter despite traveling really fast at the speed of 10,000 mph.

Researchers' findings and classifications on the asteroid

According to the researchers involved in this project, the asteroid is classified as an Aten asteroid which translates to a group of asteroids whose very own orbit naturally comes quite close to Earth while sometimes even coming in contact with Earth. The asteroid is expected to pass on March 18 at about 11:15pm EST.

Read Also: Hunt for Near-Earth Asteroids Could Be in Danger! SpaceX Starlink Might Cause Problems to Astronomers

Another asteroid has been found!

The excitement will not stop there since the second asteroid called the 2020 DP4 is actually much bigger and is traveling much faster than the 2020 EF. The second asteroid has been estimated to be about 180 feet wide and will travel with a massive velocity rate of about 18,000 mph CNEOS reports.

Experts believe that despite the speed of both asteroids, they are within safe sizes to cause damage towards Earth. The only thing people can expect is that in some parts of the world, an air burst would be visible for them.

What do air busts do?

According to previous research, most explosions that were recorded around Earth's atmosphere were most likely caused by air bursts when meteors exploded as they just recently hit the thickest part of Earth's atmosphere. The more common terms for these type of meteors is fireballs or bolides while the brightest would be known as a superbolides.

Where do these meteors come from?

Right before these large meteors enter Earth's atmosphere, they were originally classified as asteroids and comets of a few all the way to several tens of meters in diameter which differentiates them from the much smaller and much more common "shooting stars".

The most powerful air burst recorded in history

Earth has already experienced quite the amount of powerful air bursts with the most powerful being the 1908 Tunguska event. The extremely bright fireballs that were traveling all across the sky were visible from a distance.

Read Also: Watch Stunning Video of Asteroid That Nearly Misses Earth: NASA Warns We Might Only Have 120 Years Left!

The 1947 Sikhote-Alin meteor as well as the 2013 Chelyabinsk meteor which were both in Russia have so far been among the most powerful air bursts recorded.

Earth is not a stranger to large asteroids

The largest recorded asteroid was the 3122 Florence (1981 ET3) which passed by the Earth last September 1, 2017 which came surprisingly near. That specific asteroid had a massive size of about two and a half to five miles wide which is predicted to pass our planet again coming September 2, 2057.

ⓒ 2021 TECHTIMES.com All rights reserved. Do not reproduce without permission.
Tags: NASA Astronomy Asteroid
Most Popular