[VIDEO] Oculus VR for All! This Developer Builds Real-Life Virtual Reality Room While Stuck at Home!

Virtual Reality headsets are now making tremendous success in the tech world and its not just because people now stay at their homes but because playing VR headsets can really boost excitement in a game. Just like this developer that put something magical to his VR experience and made it more fun with some engineering touch that can make your world of fantasy transform to reality! 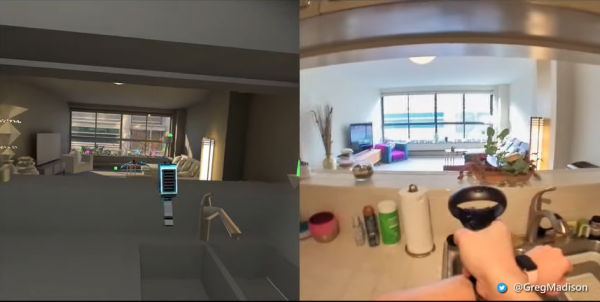 When you play VR headsets, space in the house is one of the main problems of availing one. VR headsets require empty corner in your homes, and if you want to make your gaming more exciting, you will need quite a huge space to fill up your game.

Just in time for the release of Half-Life: Alyx, this developer and UX designer at Unity named Greg Madison posted a video on his Twitter account wherein he was seen playing Oculus VR headsets in an extremely awesome way possible. He just hacked the system of Oculus and made the game more realistic as he put his own house in the game.

I turned my apartment into a VR game platform since I #WFH Thanks to @Oculus Quest & @unity3d. If you have to be locked in your home all day, might as well make it fun!
Available soon on @SideQuestVR for you guys, to try out my experimentations with tangible UI #MadeWithUnity pic.twitter.com/DJPKCzYlhR — Greg Madison (@GregMadison) March 20, 2020

As he explained in his tweet, staying at home should be fun and exciting. This is the reason why he hacked the VR console and turned his apartment into a VR game platform. In the video, different alien forms were found lurking at his windows, corners at the doors, and even at his kitchen room.

Unlike the normal VR gaming, Madison decided to make his own house a huge VR platform in order for the game to be more life-like and to expand his space of playing the game. If you compare it to the traditional VR gaming, players of Oculus VR only stand in a corner or even walk and stumble in a chair or something, and that's it.

But with the method of Madison, it was like watching a science fiction film wherein he was the main lead and was stuck at his house being terrorised by numbers of alien life forms.

Sorry, it is not a full-featured game 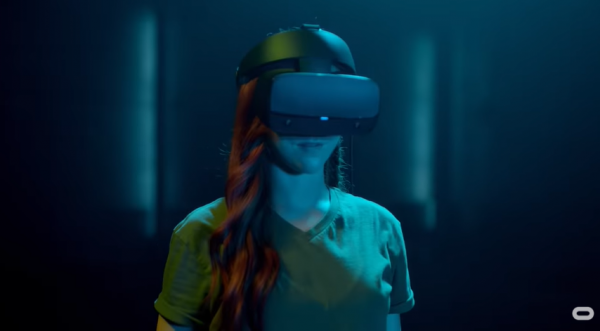 For people out there that aims to contact Madison now, hold out first. Though the game looks real on Madison's video, it was not a feature that you can get now on the Oculus website.

According to the report, the room in the video was custom-built by Unity-- wherein Madison works-- and then imported and lined-up properly with the actual environment of the apartment of Madison. Therefore, this feature cannot be created on the VR settings itself but with the 'basic' room-scale tracking that Madison did to walk all over his apartment.

For now, you can just be amazed by how Madison did all these things.

ALSO READ: Half-Life's Free VR HTC Vive Cosmos Elite: How to Set up and Is it Worth the Price?