Sam Fisher goes back once again to grace us with his presence, this time on Ghost Recon Breakpoint. The iconic character that Ubisoft has created is coming back one more time in one of their Ghost Recon Franchise. 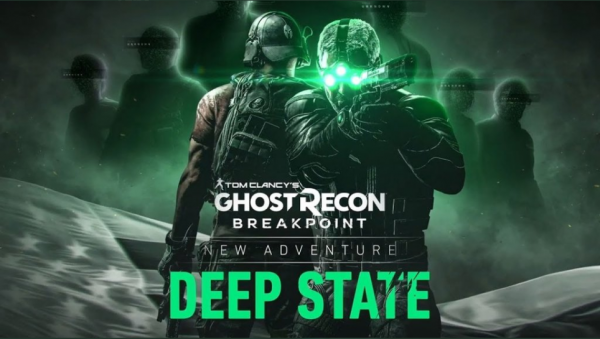 When Can We Fight Him?

Ubisoft is planning to release Sam Fisher on the island when the Deep State DLC comes out for Tom Clancy's Ghost Recon Breakpoint. The DLC comes with eight new story missions and that stealth-based gameplay that all Sam Fisher fans love and crave for.

As much as how Sam Fisher is an excellent throwback to Ubisoft's glory days. Fans have been clamoring for more than just a chance to fight Fisher but to have a game that they can play with him being the main protagonist.

The last time we got to experience Sam Fisher's life is way back in 2013 with Splinter Cell: Blacklist, as much as fans are happy to see him once again it's not what they were expecting and now fans from the old days want to bring him back to the fold and not just a DLC character.

Fans Reactions To The Announcement of Fisher Coming To Town

People voice out their frustration and/or support over in Reddit. There is a mixed crowd out there for sure, but the majority is more of on the negative side of things due to them wanting a real game focused on his life and exploits.

Reddit user Ghost_LeaderBG said, "Yet another insult to Splinter Cell fans. They got Ironside for three minutes of cutscenes in Wildlands, now bring him back for Breakpoint. At this point, Sam Fisher has skipped an entire console generation, yet has been in two DLCs and hinted/easter egg-ed in Far Cry New Dawn. Sad for one of gaming's iconic characters.

He also noted, "I think the only reason we haven't seen a SC game in ages is that Ubi still hasn't found out a way to turn Sam's singleplayer adventures into an open world, grindy collection of loot and perks. If that's what they are indeed planning for a future SC game, I'd honestly rather it stay dead."

Fans are indeed excited to see Sam Fisher back in the digitalized flesh, but not how they wanted it; it's more of a double-edged blade. So they take what they can with this and hope for the best.

What Sam Fisher Brings To The Table

It brings back stealth-focused gameplay missions that reflect his own character's series well. While you help out Fisher with his missions, you will unlock more Splinter Cell-themed content to play with. The first eight missions for Deep State DLC are free for all players, but the remaining seven are for those who already have the Year 1 pass, which costs about $39.99.

Read More: [WATCH] Check Out What You're Getting With Square Enix's New Final Fantasy VII Remake