NASA had just announced that they will be funding the development of a bunch of six CubeSats that will be sent out information just above the geostationary orbit to study and research about solar storms. 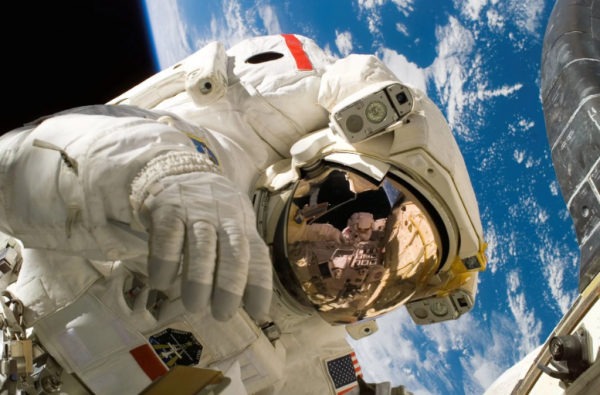 Read Also: NASA Astronaut Application Ends Tomorrow; You Might Miss a Chance of a Lifetime

The National Aeronautics and Space Administration or NASA has now selected for development,

the Sun Radio Interferometer Space Experiment or SunRISE mission for its heliophysics program. The mission costs about $62.6 million and will be launching in July 2023.

SunRISE will consist of six CubeSats just above the earth's orbit, and these will be flying in a certain formation for about ten kilometers across and will form a virtual radio telescope that can detect and identify emissions from the sun that correlates with solar storms. These radio waves cannot be detected on Earth since it interferes with the Earth's ionosphere.

Researchers and scientists believe that these observations will help them understand furthermore what kind of solar activity can cause solar storms.

This can help identify which acceleration model is right

According to Space News, Justin Kasper, a principal investigator of SunRISE at the University of Michigan has stated that "We can see a solar flare start, and a coronal mass ejection (CME) start lifting off from the sun, but we don't know if it is going to produce high energy particle radiation, and we don't know if that high energy particle radiation is going to reach Earth."

Kaspar also said that it turns out, that the different theories about particle acceleration coincide with various parts of coronal mass ejections. This means that if they can see which part of the CME is gleaming on the radio, they can eventually figure out which acceleration model is the correct one.

This can also help researchers classify events that can possibly produce high-energy particles resulting in dicey and perilous space weather activity on our planet. This would ultimately result in a unique and rare warning system for an event that will generate and release radiation towards the Erath or astronauts.

In 2017, NASA selected the Sun Radio Interferometer Space Experiment as one of their mission of opportunity candidates. In 2019, however, they also selected another one of those propositions which is an International Space Station experiment that is dubbed as the Atmospheric Waves Experiment or AWE for development.

Though, the agency has then provided some additional money for more research and studies for SunRISE, which consummates that while it was not yet equipped to proceed in development, the concept has represented a fascinating use of new and improved NASA-developed technology.

SunRISE will be using a Maxar-built commercial satellite to get to orbit. A system that is attached to the satellite called Payload Orbital Delivery System, will release the SunRISE CubeSats once in arrives in orbit.

Omar Mahmoud, Maxar's spokesman said that the company has not yet analyzed the mission that will be carrying SunRISE, though it will be using a satellite-based on the 1300 series bus for geostationary missions.

Read Also: M87's Black Hole Shines The Light Of Another Galaxy That We Cana "See"