Aerial Drones Are Innovative Until Your Privacy and Security is at Risk: Here's the Dark Side of The Technology

Unmanned aerial drones are fun and all; they are used for many things like capturing amazing videos and photos for your vlogs and ceremonies or simply just used for fun. However, there is a dark side using drones. What if it comes to the point that it is being used to spy on you and yours without you even knowing they were also there in the first place? 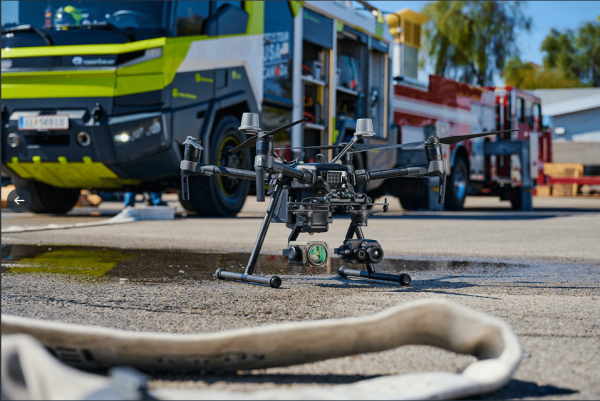 DJI and Their Drone Dominance

If you've ever seen, flown or bought a drone it most probably is from DJI's quadcopters. The Chinese company has imprinted itself so successfully in the drone market that it is not hard to believe that the drones you see that are being flown all across the country came from them. This has been confirmed from a feature of Bloomberg Businessweek.

Why would you even think it to be a tool used for spying on people? The answer is not as simple as many believe it to be. Given that CEO Frank Wang's questionable decisions regarding the usage of his drones and partnerships with governments around the world to use his products for other means rather than for entertainment.

Blake Schmidt and Ashlee Vance, who reported the piece, have explained that DJI's relentless product cycle and aggressive pricing made it harder for the company to gain a profit than one might assume. They have dug into some harsh tactics that DJI was able to establish dominance. Like filling an online forum with negative comments from fake accounts about EHang, which is another Chinese company that's working on different drones, as well as trolling YouTube videos about quadcopter company, Yuneec.

Read More: Your House Might Be Keeping Nuclear Secrets From You, Scientists Claim

Way Back in 2017, DJI announced that it agreed to provide drones to authorities over at Xinjiang, where over one million Uighurs are being held in various levels of captivity to be subjected to "re-education" by the Community Party of China or CCP.

The pair also were told that DJI's air traffic control-style tracking technology might have been because of their interaction with the CCP.

Here's what they had to say about it, "While it's not recommended-or, in most places, legal-it's technically possible to fly DJI's drones as high as 4 miles into the sky. Someone in China was doing precisely that-and the drone almost collided with a People's Liberation Army Air Force fighter jet, according to two people familiar with the 2016 incident, who spoke on condition of anonymity because they weren't authorized to discuss it. The fighter pilot landed and was furious. He asked to check footage from a camera mounted to the plane to see if it caught images of the device, which it had. The military brought the pictures to DJI and demanded to know whose drone it was. DJI said it didn't have a database with that sort of specific information and could provide only a general idea of devices near that location, according to one of the people familiar with the matter.

The government insisted that DJI create a type of air-traffic-control database that can identify and monitor drones flying in China. While Wang, according to former employees, isn't a big fan of the military, he created this system rather than have the government try to build it, one of the people says.

Now that you know that what drones are capable of, it might be high time to increase your security as much as possible to deter any unwanted info of your personal life from coming out and be able to enjoy your privacy once again in this digital world of ours.

Read More: This Government-Approved App is the Fact Checker For All Things Related to Coronavirus