According to researchers in the US,  the coronavirus or COVID-19 can still be contagious even after the patient leaves the hospital. They added that it is possible for the virus to linger in the air in a patient's room even long after he or she has been discharged. 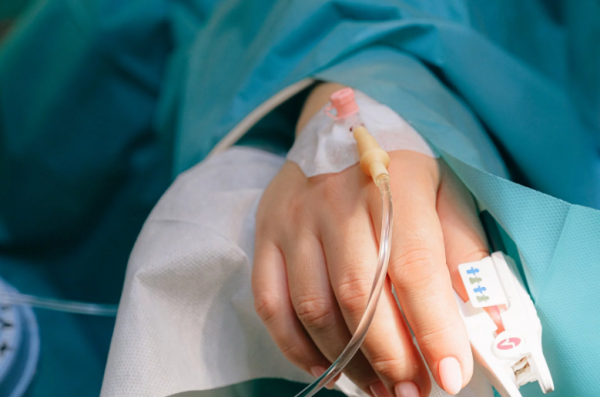 Read Also: COVID-19 Paper-based Sewage Kits That Serves as an Early Warning Device For Communities Are Now Being Used: Based on Study

According to scientists, as told by Daily Mail, the SARS-CoV-2 virus which causes the COVID-19 disease can linger in the air and remains highly contagious for a long time. They have also discovered that traces of the virus were also lingering in hospital corridors just outside the patient's room where hospital staff and visitors are known to pass by frequently.

Researchers behind this particular study at The University of Nebraska have said that their findings and data highlight the seriousness and priority of having adequate personal protective equipment (PPE) and other protective items such as gloves, masks, and goggles for healthcare workers.

This statement follows a handful of research and studies that have suggested the SARS-CoV-2 virus can spread in more ways than just via sneezing, coughing, and droplets.

Scientists and medical experts worldwide have been trying to understand further how the new virus sheds and spreads. As of March 31, the global epidemic virus has resulted in 785,282 infections and 38,000 deaths worldwide.

Though it has not been peer-reviewed by other scientists or even published in a scientific journal, another study has come to light wherein samples were taken from at least 11 patient rooms after being diagnosed with COVID-19.

Results of this study have shown that the researchers have found airborne viral particles both inside the patient's room and outside in the hallway. These findings have suggested that other people may still be able to acquire and develop the virus without even setting foot inside the room or in direct close proximity to an infected person.

The authors of this study have said that this underscores the importance of wearing PPEs. National Health Service (NHS) workers in the UK cannot seem to get their hands on any kind of PPE and have resulted in making DIY versions of these due to shortages in their country.

James Lawler, lead author of the study and an infectious diseases expert at Nebraska University said in a statement that "Our team was already taking airborne precautions with the initial patients we cared for. This report reinforces our suspicions. It's why we have maintained COVID-19 patients in rooms equipped with negative airflow and will continue to make efforts to do so - even with an increase in the number of patients"

Aside from finding the virus in rooms and hallways, researchers also found traces of these on items that were commonly used by patients such as toilets--which adds to the theory that the virus can also spread on surfaces.

NHS medics or any kind of healthcare and medical professionals must always put on a full protective gear when coming within three feet of a COVID-19 patient.

Doctors and hospital staff have expressed their concerns about the lack of PPEs and other equipment at NHS hospitals which are needed to fight the novel SARS-CoV-2 virus.

Read Also: The Amount of COVID-19 You Are Infected With Can Dictate If You WIll Suffer From Mild or Severe Symptoms. Here's How.