Data from research has shown that the risk hospitalization becomes larger as your age increases. These findings state that 18% of people in their 80s will get hospitalized more often--which can be a big problem especially with the ongoing novel coronavirus outbreak. 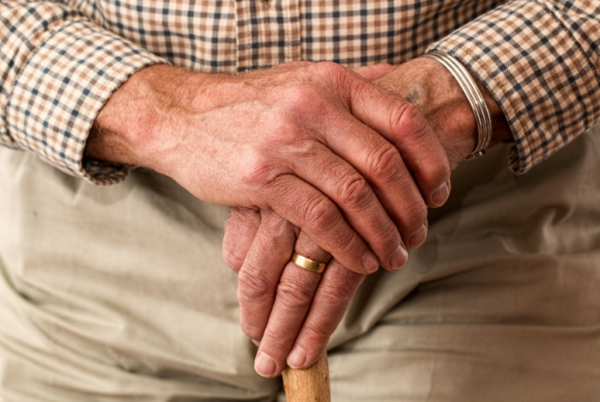 (Photo : Screenshot from: Pexels Official Website)
Early research from COVID-19 patients suggests that with increased age comes increased chances of being hospitalized due to the virus..

Read Also:  Scientists Say That COVID-19 Still Hovers Around a Patient's Room After Leaving and Can Circulate Through The Air

Based on a study by Professor Neil Ferguson of Imperial College London, a scientific advisor to the UK government, patients in their 40s have a risk figure of 4%. That number skyrockets then to a whopping 18% for those aged 80 and above. Out of all patients that have been infected, even with mild symptoms, around 1.4% of them won't survive.

When it comes to the mortality rate, analysis of patients in their 50s revealed a 0.59% chance of dying, while those in their 40s have a 0.16% chance. Those who are 20 years old and below have a lower risk with the chance of death at is less than 1%.

These findings, which are some of the most extensive and complete to date, have been published in the medical journal The Lancet Infectious Diseases and were conducted by the team at the MRC Centre for Global Infectious Disease Analysis and Modelling.

At this stage of the SARS-CoV-2 pandemic, the real and accurate mortality rate is difficult to calibrate because each country has various testing strategies where thousands to millions of mild cases could go unnoticed and unrecorded.

The mortality rate is difficult to obtain without widespread testing

The team has said that if unconfirmed and unseen cases were to be taken into account, the mortality rate would drop to 0.66%. If all travellers would have been tested, it could have at least given scientists a better idea of how many people tested positive without showing any symptoms.

Medical experts have said that there is no way to learn the real numbers without mass testing. And the only strategy to know the exact mortality rate for COVID-19 is to find out how many people were infected in the total population.

The team of scientists also said that some countries will have a difficult time handling the epidemic. In a statement they mentioned that "The world is currently experiencing the early stages of a global pandemic. Although China has succeeded in containing the disease spread for two months, such containment is unlikely to be achievable in most countries. Thus, much of the world will experience very large community epidemics of COVID-19 over the coming weeks and months.'"

Read Also:  COVID-19 Paper-based Sewage Kits That Serves as an Early Warning Device For Communities Are Now Being Used: Based on Study