Twitter Deletes Thousands of Bot Accounts For Political Use

Twitter has removed thousands of bot accounts that are tied to using the ongoing COVID-19 pandemic as part of a political propaganda campaign. 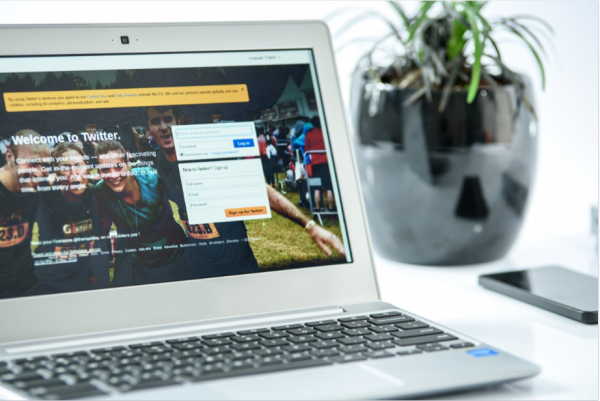 Read More: Why is the Holistic Cybersecurity Approach Important?

The social network app took action Thursday, Apr. 2, after several researchers flagged more than 9,000 profiles that seem to be spreading content promoting the political interests of the United Arab Emirates and Saudi Arabia, according to Atlantic Council's Digital Forensic Research Lab or DFRLab.

The people who did the research found numerous instances of the accounts being used to politicize the novel coronavirus pandemic in its tweets, which is generally critical of Turkish President Recep Tayyip Erdogan.

An example of the tweet posted by the bot account, DFRLab, said that they were sharing a video of an Arabic speaker voicing solidarity with China as the disease was rapidly spreading.

Buzzfeed News was able to speak with one of the analysts who had this to say, "While posts related to the coronavirus were not the primary goal of the network, a close look at the accounts suggests they were used for broader political messaging, demonstrating how information ops can be repurposed for different uses,"

Read More: How to Read Someone's WhatsApp Messages Without Their Phone

What Is The Propaganda All About?

The propaganda network was first discovered last December by researchers at the Stanford Internet Observatory, which said in a blog post this week that it had also found several Facebook Pages that were tied to the group that had "leveraged the COVID-19 pandemic" to be able to push its agenda, political narratives.

In a statement from Twitter, they confirmed the discovery of a network of accounts that are linked to Saudi Arabia, which numbers about 5,350 and has since then been removed from the website. Twitter located that the campaign has been working out of multiple countries like Saudi Arabia, Egypt, and the United Arab Emirates (UAE).

The people who are responsible for the scheme were "amplifying content praising Saudi leadership, and critical of Qatar and Turkish activity in Yemen," which the official Twitter Safety account wrote Thursday.

"Political botnets remain an ongoing problem for platforms like Twitter, as they are cheap to deploy and easily replaceable when taken down," which DFRLabs wrote based on its analysis this week.

"In this particular case, the bot [network] is the latest in an ongoing pattern of inauthentic networks supporting the interests of the UAE and Saudi Arabia, though it is unknown whether those governments directly managed the campaign,"

"With the emergence of the coronavirus, though, it is highly likely we will see additional bot-driven rhetoric exploiting the pandemic for political purposes, both in the Middle East and worldwide."

The coronavirus pandemic has been the bane of existence for modern-day humanity, and several hackers and cybercriminals are using this to gain access to your accounts as well as influence your way of thinking and disguising it as news that is as clickbait as possible. Good thing, we covered an article about a government-sanctioned app that differentiates legit and fake news, which can be found here.

Read More: How to See My Boyfriend's Text Messages Without His Phone