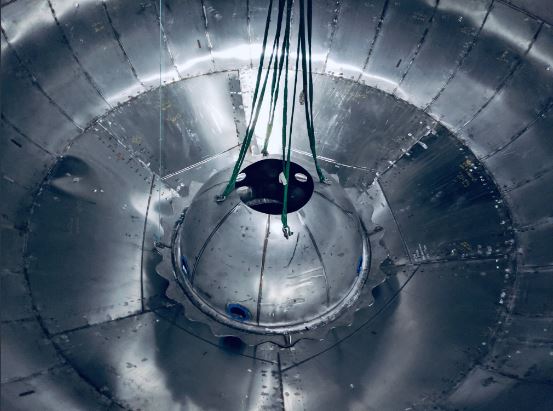 The SN3 prototype, made of stainless steel, underwent a cryogenic pressure test that took place at SpaceX's Texas facility. Unfortunately, it didn't survive the test--which was shown in time-lapse footage recorded by SpaceX-watcher LabPadre, showing how the SN3 was damaged.

SN3 is not the first rocket ship of Elon Musk's SpaceX to fail during a test. Earlier Starship prototypes also met a similar fate. The SN1 prototype failed in February following the destruction of Mk1 in November. SN3 was supposedly developed to continue the previous mission of the recent SpaceX prototypes.

The previous test configuration involved pumping liquid nitrogen into the spaceship. The accident of SN3 was also captured in a vivid video by NASASpaceflight. According to the report of CNN, the innovation of space missions is difficult and challenging work. Failures during the test and other configurations are a normal scenario during development. Elon Musk, the founder of SpaceX, explained what happened on SN3's failed attempt on his official Twittter account.

"We will see what data review says in the morning, but this may have been a test configuration mistake," he said.

After the failure of the SN3, the latest report of CNN leaked the new prototype of Elon Musk's SpaceX Starship, SN4. As the coronavirus pandemic continues to shut down many businesses in Texas, SpaceX is still currently working on its development to design a new Starship prototype to replace the previously collapsed version (SN3) after its configuration failure.

A nearby resident was able to capture the time-lapse video, using a webcam setup, of the Starship prototype SN4 being stacked up inside the on-site vehicle assembly building of SpaceX. Another video was captured by NASASpaceflight where the preparation of bulkheads can be seen. These will be used for another unit of SpaceX, the SN5.

The company of Elon Musk is continuously operating and developing SpaceX in order to quickly assemble two prototypes simultaneously to have another unit prepared in case SN4 fails.

According to the report of CNN, Elon Musk said that the series of prototypes has the capability to fly at an altitude of almost 20 kilometers or 12.4 miles, and also capable of returning back to the planet's surface. It is possible that the public will see another SpaceX Starship Prototype in the future.

It is not yet clear when these Starship prototypes will explore space. However, Elon Musk reiterated that the SN prototypes might soon take off after several more surveys and tests.

Also Read: NASA: Captured Infrared Images of The 'Pillars Of Creation' Being Devoured By Stars Released