NASA: Captured Infrared Images of The 'Pillars Of Creation' Being Devoured By Stars Released

Throughout its existence, the National Aeronautics and Space Administration (NASA) has captured many impressive celestials beyond Earth and outside our Solar System. And now, according to the report by Sputnik News, a new infrared image of the magnificent "Pillars Of Creation" being devoured by nearby stars was captured to reveal the eternal and self-destructive nature of the universe. 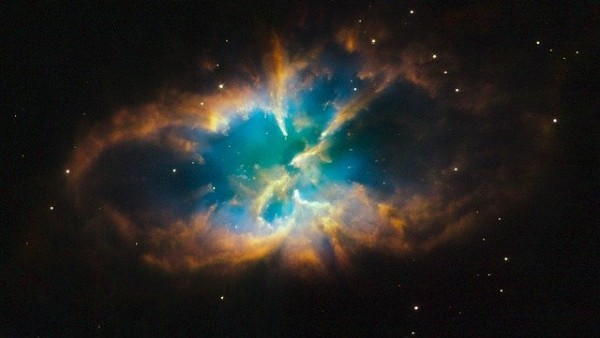 (Photo : Pixabay)
NASA: Captured Infrared Images Of The "Pillars Of Creation" Devoured By Stars Has Been Released; Will These Stars Destroy Earth?

The infrared image surrounding the cosmic phenomena, which is about 5 light-years away from Earth, is 3.5 times larger than the Solar System and shows us the formation of stars.

At the time it was captured in 1995, NASA's Hubble Space Telescope's photo of the "Pillars Of Creation" revealed never-before-seen details of three giant pillars of cold gas. They were surrounded by scorching ultraviolet light from a cluster of massive, young stars in the region of M16--also known as the Eagle Nebula.

According to a report of NASA Science, the Hubble Space Telescope revisited the famous pillars in celebration of its upcoming 25th anniversary in April 2020. The new image, with a wider and sharper view, makes us understand why the "Pillars of Creation" is also the "Pillars of Destruction". NASA Marshall posted the newly captured photo on their Twitter Account, @NASA_Marshall.

The "Pillars of Creation" are one of the most iconic sights in our universe — but you've probably never seen them like this.

The new image shows that the tips of the pillars are dense knots of gas and dust which keep the gas cool and form the column-like structures by shadowing the gas below. The ionizing radiation caused by the central star cluster located above the said pillars has evaporated the material in between.

A gaseous fragment at the top edge of the left-hand pillar has been heated and is flying away from the cosmic-structure which shows the violent nature of the star-forming regions. Paul Scowen and Jeff Hester,  astronomers at the Arizona State University, used Hubble to investigate the processes taking place in the Eagle Nebula.

The astronomers compared the photos captured in 1995 and 2014 and noticed that a narrow jet-like feature is forming--which may have been created by a newly formed star.

The report on NASA Science website described the jet formation as a stream of water coming from a garden hose. The jet has been stretched and has been lengthening throughout the past 19 years farther into space at an estimated speed of about 450,000 miles per hour across, and an additional 60 billion miles in space.