You wouldn't usually think of a planet as a living entity now surely, and of course, you wouldn't believe that worlds can die. However, a group of scientists set out to discover the truth in all of this. Here's what they found out. 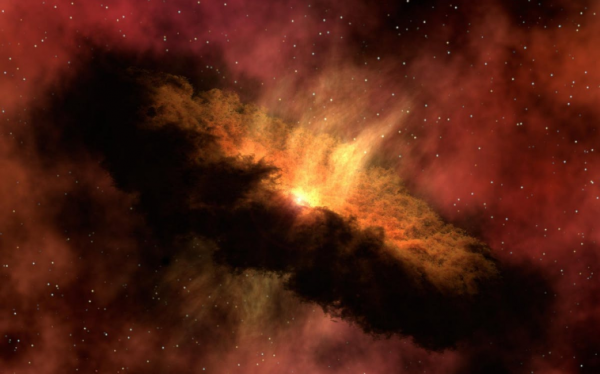 Read More: First Cosmic Jet is Captured By Scientists; Will The Galaxy Collision Affect The Earth?

Exoplanet TOI-849b And It's Mysteries

The exoplanet TOI-849b is the size of 40 Earth's, and it might be the exposed core of a giant gas planet that might have stalled in its growth. Space.com first noted the report. It is also situated about 730 light-years away, meaning that only the internal core appears to be seen today.

The study is now published Nature, which is the very first of its kind that might help humanity better understand Supergiant gaseous planets more so than ever before just like Jupiter and Saturn from our very own backyard.

The study was led by David Armstrong, who works on exoplanet characterization via NASA TESS data over at the University of Warwick, England. TESS is the abbreviation of The Transiting Exoplanet Survey Satellite, which is a space telescope that's used by NASA as well as other researchers to be able to detect, study and explore exoplanets.

TESS is the first to find all about TOI-849b's solar system; a G-type yellow dwarf star supports it. This system, which scientists believe that the TOI-849b exoplanet is not a planet per se, but the remains of one.

Read More: Nearby Supernova Explosion: The Brightest Of Them All, Scientists Say

A Remnant Of A Planet Core

The scientists believe that the mass of the remnant core is an anomaly by itself, which might explain many things. Since gaseous planets, during formation, are found to pick up the gaseous matter as well as debris towards its atmosphere by sheer gravitational power, TOI-849b has a gigantic threshold. A threshold way beyond the normal metrics--as the theory goes instead of adding to its mass as well as reverse gravitational pull and the massive amount of heat due to proximity with the star. The planet itself might have undergone an extreme loss of mass via self-disruption of the heat.

The loss of that gaseous atmosphere might have happened possibly because of collisions with other giant gaseous planets in that solar system. A result is that the gases eventually escaped, and only TOI-849b was left with only the core of the planet in the state that it's in.

The discovery of TOI-849b is good news, of course, for scientists to be able to study the interior core of a gaseous giant exoplanet since this is the first of its kind. Such a rare phenomenon and would likely be a very long time until they find out something similar to such a discovery.

As humanity has always been looking to the stars as the final frontier of man, it would only be a matter of time that scientists will discover more and more anomalies as well as wonders that have yet to be explored.

Read More: Interstellar Object 'Oumuamua Could be an 'Active Asteroid'; New Study Answers Why it Has an Odd Shape