Sony just recently announced Playstation 5's new DualSense controller, and everyone seems to love it. It has strayed from its previous design and is now two-toned, and it will be showing off its haptic feedback that the company has been saying will help players improve their gaming experience for next-generation titles. 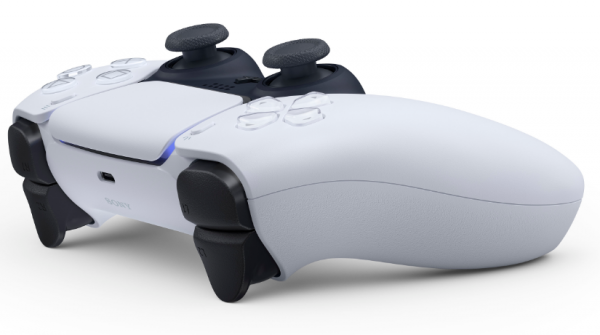 The public has a lot to say, including Xbox's former director

A lot of people had a lot to say about the new controller. Even Xbox's former director, Albert Panello, has also weighed in. The marketing and product planning division lead for Xbox One generation and Xbox 360 commented that he does like Sony's futuristic design. However, he did mention some downsides.

In a tweet, Panello said, "I like the new #DualSence. Futuristic looking and I like the Portal/Mass Effect style armor. Some bold (and expensive!) design choices to achieve that layering."

Also highlighting the downsides, he said, "Resting on the triggers, I'm worried about the part line that runs down the grips. If you have larger hands, this could create some discomfort in the Thenar, Mic seems good in theory how useful in practice? Does this work with VR? Back compat with PS4?"

Panello went to say that he is anticipating that the DualSense controller will be comfortable, but has also stated that he worries about the thenar, which is the ball of the thumb on a person's hand.

As for the built-in microphone, he questioned this as he wonders if it will also work with virtual reality and if the controller will also be compatible with the PlayStation 4.

Panello also said that he will be comparing it to Google Stadia's controller which is exceptionally comfortable. And he is hoping that Sony would lean more towards that kind of design as opposed to making it similar to the Xbox controller which many people have noticed.

I like the new #DualSence. Futuristic looking and I like the Portal/Mass Effect style armor. Some bold (and expensive!) design choices to achieve that layering.

Widening the triggers is smart, adding more fidelity to rumble is good looking forward to that. — Albert Penello (@albertpenello) April 8, 2020

Read Also: Looking for Game Joysticks? Here Are Some of The Best From Amazon 2020 You Can Choose From!

He parted ways with Microsoft after 18 years

After almost 18 years with Microsoft, Panello left the company in May 2018 to team up with Amazon where he is currently working on some "new cool stuff."  Amazon is planning on going big in the gaming community with an all-new streaming service and some MMOs that are currently in development--including a Lord of the Rings game.

In his previous role at Xbox, he conducted user research and tests revolving around controllers. He also expressed his opinions on the debate between AA batteries versus rechargeable cells saying that both of these have good points, although AA batteries have more to offer. Playstation 5's DualSense uses an internal battery while the Xbox next-gen controller still sticks with AA batteries.