Australia considers using a contact tracing app in hopes of flattening the COVID-19 curve and lift the lockdown soon. The app is called TraceTogether, which has also been used by Singapore to allow health officials to track people who may have been in contact with coronavirus patients. 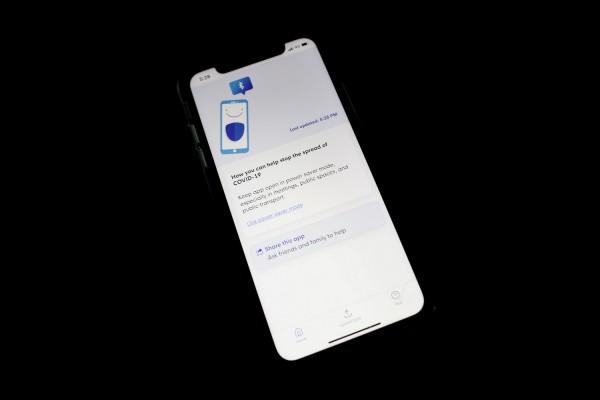 (Photo : REUTERS/Edgar Su)
Contact tracing app TraceTogether, released by the Singapore government to curb the spread of the coronavirus disease (COVID-19) is seen on a mobile phone, in Singapore March 25, 2020.

TraceTogether links up mobile phones with other nearby phones using Bluetooth. This enables tracking two people who are nearby, providing times, dates, and locations. Records of encounters are stored in their phone for 21 days.

The app can ease the contact tracing process. In Singapore, a person who is COVID-19 positive would allow the health ministry to access the mobile app. The authorities can then determine those who had close contact with the patient based on the proximity and the length of time they spent together.

Questions arise as the data gathering may breach the citizens' rights. On Thursday, Prime Minister Scott Morison addressed the concerns pointing out that the app's intense privacy settings ensure civil liberty is guaranteed.

Unlike those developed by Apple and Google, Morrison said TraceTogether is less invasive because it is 'consent-based'. Addressing the same concern, Singapore's health ministry said in March that the app does not collect personal data such as a user's name and location or access the phone's contact list.

'It is a complex area, but it is a tool that Australia will need to pursue the road out of this that we would like to pursue,' says Morison. However, Morison explains the government is still working on ensuring the app meets the robust privacy protections and standard that is crucial for the Australian context.

In an interview with Daily Mail, Louis-James Davis, CEO of Internet firm VSTE, mentions that the measure seems worthless since it is not mandatory.

'Having a health app that is "opt-in" and filled with self-diagnosed triage information is mostly worthless to society," says Davis. He adds that this will spark more anxiety and discrimination as people wonder who is being honest and has the app on their phones.

Speaking before the New Zealand parliamentary hearing, Australia's Chief Medical Officer Brendan Murphy said they are keen on using the app "even more extensively than Singapore." 'We're actively looking at that as part of a measure that might be used,' says Murphy.

Meanwhile, Mr. Morrison told the same forum that restrictions would continue in the next four weeks. He said the government will apply wider testing and local lockdowns to halt outbreaks before removing the nationwide 'baseline restrictions'.

Australia currently has a total of 6,468 coronavirus cases, but nearly 58% or 3,747 have already recovered. Meanwhile, the country also recorded 63 deaths related to coronavirus.

Meanwhile, New Zealand is now considering opening its borders to Australians if the rates of COVID-19 infections in both countries continue to decline.

For nearly a month, the nation has been under Stage Four lockdown aiming to curb the spread of the virus. Since Mar. 26, only supermarkets and chemists are open while all international travels were ceased, except for returning citizens and residents.

Deputy Prime Minister Winston Peters said New Zealand could open its borders to Australia sooner if the curve continues to flatten. 'If the figures keep on going that way, then that is a serious possibility,' Peters said in an interview with Newstalk ZB.

New Zealand also considers easing its nationwide restrictions to Stage Three next week. This means restaurants and cafés may offer takeaway orders while other retail stores could also reopen.