The United States Air Force is challenging hackers to hack their satellite in orbit, apparently joining the trend in which companies use hackers to look for several vulnerabilities in their systems and offering rewards to those who report any findings. 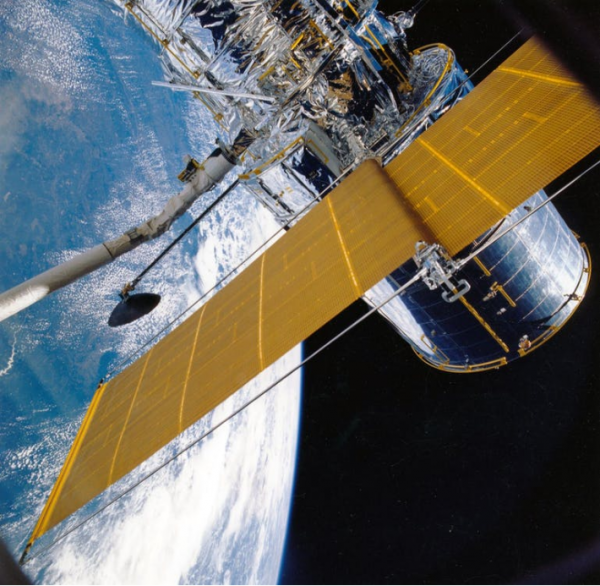 Why Use Hackers In The First Place?

Based on the Air Force's previous invitation for hackers to break into an F-15 fighter jet last year during the Def Con security conference, the results were shocking.

It was also the very first time hackers were invited to look into the system for bugs and vulnerabilities. Surprisingly enough, in just two days, a team of seven hackers found a plethora of vulnerabilities. If used in the wrong hands in a real-world application, this would be a danger for everyone involved, causing untold catastrophic damage.

This is precisely why the Air Force needed the hackers to check if their systems were up to par with the modern world, which apparently, was decidedly not much so.

Will Roper, assistant secretary of the Air Force for acquisition, technology, and logistics, had this to say: "I left that event thinking there is a huge national asset in this level of cyber expertise that we are lacking in full in our Air Force."

Roper is in charge of all the satellites that the Air Force builds falls under his lap. Historically, the Air Force held security of its systems and technology in absolute secrecy, fearing espionage as well as sabotage from any threat. Roper did not agree to this and said it felt like being "stuck in Cold War business practices."

Roper says, "But in today's world that's not the best security posture. Just because you're not telling the world about your vulnerabilities doesn't mean you're secure to go to war,"

Read More: Astronomers Say They Might Have Managed to Capture Photos of Exoplanet Proxima C For the First Time

What The Air Force Has Planned For Hackers Now

Roper plans to make the same approach again, this time for their satellite in this year's Def Con in Sunny Las Vegas, and this time it is to hack a working satellite already in orbit, hovering miles above Earth.

Space has always been for the privileged in only a handful of governments have their hands-on tech that can reach that far, but as time goes by, more and more private companies now have the means to bring their very own satellites up in orbit. This may be a potential battleground for the future, and the Air Force won't be a step behind.

The reason for using hackers is not just to find existing bugs that can be exploited but to finally eliminate the supply chain to prevent potential bugs or threats. Roper says, "We don't know the ghosts that are in our systems that come from the supply chain and the companies that assemble those, and the fighters and satellites don't either because they don't know to ask for them,"

Read More: 'Visa Secure:' Visa's Brand New Update To Its Already Stellar System Makes It Even Tougher For Hackers To Crack, Here's What You Need To Know