5G has brought internet usage a long way from its early beginnings. And now you can experience it at Mount Everest's base camp. That's right, the highest peak on Earth is now home to 5G towers--and no 5G conspiracy theorists can touch it way up here. 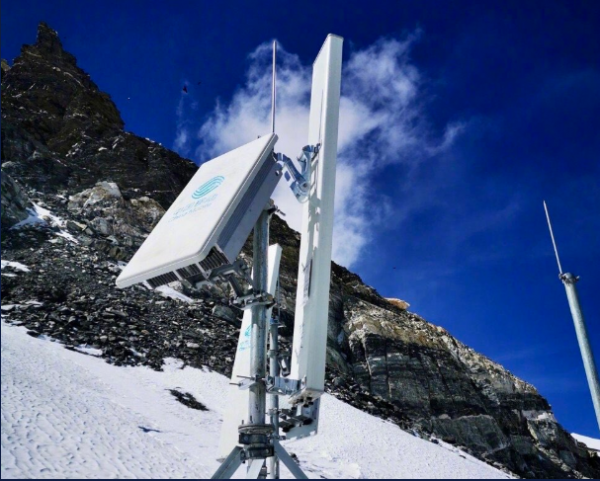 Read More: Swish and Flick: Apple's Smart Ring Will Allow Users to Control Other Devices Just by Pointing at Them

The deployment of 5G base stations on the world-renowned mountain with an elevation of 8,848 meters, has been another milestone of mobile technology for the next generation. 5G has the capability of running autonomous cars, smart cities, new applications, and has also been embraced as the "connective tissue" for the Internet of Things.

China Mobile, the world's largest wireless network operator,  said on Weibo on Monday, April 20, that its 5G project on Mount Everest marked "not only another extreme challenge in a human life exclusion zone but also laid a solid foundation for the later development of 5G smart tourism and 5G communications for scientific research."

They set up three 5G base stations that help radio access gear connect mobile devices to broader telecommunications networks. On April 19, the base stations in two camps of altitudes of 5,300 meters and 5,800 meters, provide a whopping download speed of about 1 gigabit per second.

The installation of two more base stations is still underway. It may be completed by China Mobile before April 25 in a camp at an altitude of 6,500 meters, providing coverage to the whole summit of Mount Everest.

Read More: 'Visa Secure:' Visa's Brand New Update To Its Already Stellar System Makes It Even Tougher For Hackers To Crack, Here's What You Need To Know

Who's part of the endeavor?

There are going to be more than 150 China Mobile employees taking part in the construction and maintenance of the new 5G base stations. This includes upgrading the existing infrastructure in the surrounding area, according to China Mobile.

China Telecom's role on the Mount Everest Project said that its 5G base stations were already completed at an altitude of 5,145 meters. China Telecom also partnered with state-run China Central Television, which broadcasted a 24-hour live-streamed programmed on April 14 from the mountain itself. More than six million people tuned in.

Why put 5G up there in the first place?

The reason for delivering 5G on Mount Everest is to solidify the three telecom carriers' commitment to promoting the nationwide roll-out of 5G mobile services despite the coronavirus pandemic. The speedy construction was pushed because there were concerns that the pandemic had delayed the installation of 5G base stations all across the country.

Mobile network operators in China initially invested time in 5G services last year. And China has already deployed over 160,000 5G base stations encompassing more than 50 cities, according to reports from GSMA previous month.

Read More: Snapchat Had More Viewers and Revenue in Q1 Despite the Coronavirus Pandemic