Peaky Blinders: Mastermind Is The Prequel Nobody Expected From Netflix's Hit Show

One of Netflix's most-watched shows, Peaky Blinders, is set to have their own prequel game available for PS4, Xbox One, and Nintendo Switch and PC this summer. 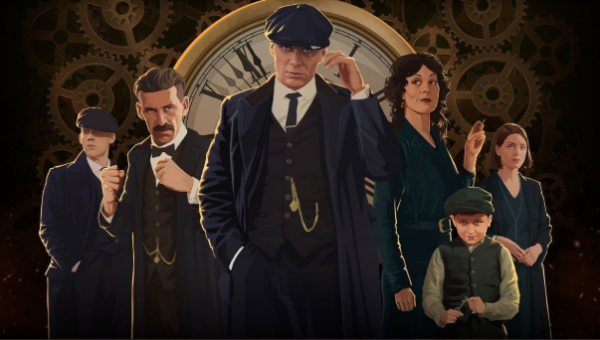 Read More: A Little Boost: Netflix Just Had the Best Quarter in its History Due to the Coronavirus Pandemic

Peaky Blinders: Mastermind is the prequel nobody expected from Netflix's hit show

Peaky Blinders is, technically, getting a prequel. The only thing, however, is that it will be in the form of a game.

It's going to be a strategy game for the PS4, Xbox One, Nintendo Switch, and PC. Called Peaky Blinders: Mastermind, every level of the top-down game has you controlling six members of the Shelby family simultaneously.

This is made possible by putting the entire level on an adjustable timeline. And you can control time by rewinding and replaying it. Yes, you can adjust the actions of each member of the Shelby family to find solutions to obstacles, and it is ultimately up to you if you want to go for stealth or go guns blazing.

Each member of the Shelby family has their unique abilities. Tommy is an expert at "threatening," Arthur is the brawler of the bunch who uses "brawling and door kicking," Polly, the mother figure of the show, uses "bribing and lock picking," John the third brother specializes in "arson and brawling," Ada the only female of the siblings uses "distraction." And Finn, the youngest in the family, uses "sneaking and pickpocketing."

You will need to use everyone in your arsenal to complete every level and scenario, which is the point in every strategy game where you utilize the tools at your disposal to beat the game.

Read More: Nintendo Has a Hacker Problem; What You Need To Do And What You Should Be Wary Of

Who is the mastermind of Peaky Blinders: Mastermind?

The game is made in collaboration with the show's creator Steven Knight. The game is a prequel to the show's first season. This is how the Shelby family discovers a plot that puts their burgeoning criminal enterprise out for good.

The game itself is a nod to how Tom Shelby can think through complex scenarios in his head to get what he wants for himself and his family. The game's official soundtrack was created by Feverist, the art-rock band that scored big during the show's first season.

The game director James Masden had this to say about the inspirations towards the game mechanics: "There's a point in the show where Tommy Shelby explains he has no concern for the past, nor the future; all he cares about is a crucial moment he calls the soldier's minute. We designed our game around that idea, allowing the player to plan actions backward and forward in time, choreographing an ensemble cast of characters to synchronize their actions during these crucial moments. The player gets to feel like the smart and sophisticated leader that Tommy is, so we think becoming the mastermind will resonate with fans of the show and gamers alike."