Amazon 'Stole' Data From Its Own Sellers to Launch Competing Products, Report Says 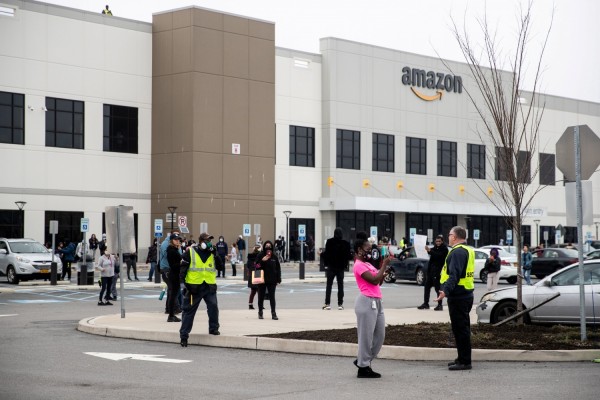 The probe discovered that a few Amazon executives had access to seller records that were then used to find out bestselling objects they might want to compete. The executives also improved workarounds to Amazon's internal policies to access reports on man or woman seller facts, as part of "going over the fence," the Journal reported.

ALSO READ: Amazon Sales in 2020 Are Skyrocketing Amid Coronavirus Pandemic, But Warehouse Workers' Safety at Risk?

At odds with the organization's company policies

The WSJ's findings contradict Amazon's policy on accessing data from third-party traders to build personal merchandise. According to CNBC, Amazon has housed its own goods under the AmazonBasics branding, which offers everything from furnishings to clothing for many years. It also makes personal label merchandise below other emblem names.

We don’t use individual sellers’ data to launch private label products (which account for only about 1% of sales). And sellers aren’t being “knocked out” – they’re seeing record sales every year. Also, Walmart is much larger; Amazon is less than 4% of U.S. retail. https://t.co/5wXTfaAHuN — Amazon News (@amazonnews) April 23, 2019

Is there a rift between Amazon and third-party sellers?

Amazon had been in a difficult relationship with sellers, mainly those who no longer sell their merchandise on its site. While some of the issues revolved on counterfeit items or frustration on manipulated prices, Amazon would use data they accumulate to copy the products and siphon sales.

WSJ said pulling records on competitors, even individual sellers, was the "standard operating procedure" while making products such as electronics, sporting goods, and different lines.

Some former Amazon employees told the Journal the use of such data was a "common practice" that they discussed such move openly in meetings they attended.

"Customers' shopping behavior in our store is just one of many inputs to Amazon's private-label strategy," the Amazon employee said.

"We knew we shouldn't [do the act]," said one former employee who accessed the data. But at the same time, the former worker acknowledged they were making Amazon-branded products they wanted to sell.

AmazonBasics has been the target of criticism from some third-party dealers who say it offers Amazon an unfair gain over dealers. The e-Commerce giant had been selling its "very own brands" on its website. The items include adding links to its very own merchandise on third-party listings.

Travis Killian, CEO of seven-person Upper Echelon, told WSJ that Amazon spying at sellers to compete with the third-party sellers is "not a comfortable feeling."

Amazon started out making its own products in 2007 with its Kindle e-reader. The e-Commerce giant then steadily brought new categories and different private-label logo names. Some of its label products, including batteries, have been domestic runs.

The practice has additionally attracted increasing scrutiny from regulators, who said the move can be anti-competitive. Amazon is already being probed through FTC officers over its commercial enterprise practices in retail and cloud computing, in keeping with reports from numerous outlets. The Department of Justice and the House Judiciary Committee have both opened extensive antitrust opinions of Big Tech.