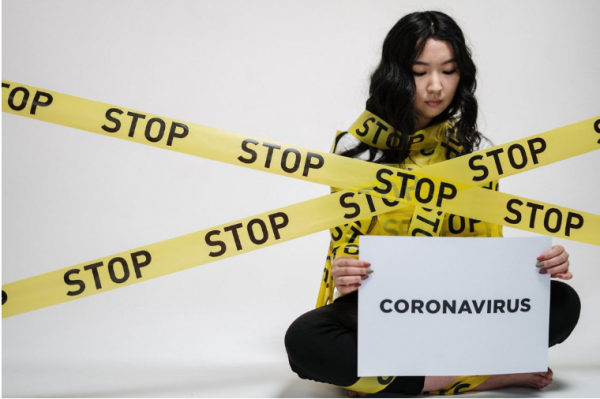 Why You Should Worry

Health experts in South Korea are addressing the nation's growing incident reports of former coronavirus patients. The latter have been retested positive for COVID-19 after previously recovering from said illness.

According to the data from Korea Centers for Disease Control and Prevention, the first figures published just Wednesday indicated that there had been over 292 people countrywide who had tested positive for COVID-19 after initially contracting it and later tested negative. These alarming findings suggest that the virus may reactivate within the host body.

However, discussing the upward trend in positive retests from a recent news conference, officials of the KCDC's clinical committee for emerging disease control have said the pattern doesn't necessarily reflect any reoccurrence of active infection.

Oh Myoung-don, who is the Committee head, said that the reasons for test results turning positive is because of the recovery of 'dead' or inactive virus components within the host's cells. Multiple local outlets have reported this on Wednesday.

Oh said in the conference in which the government-funded media organization Yonhap News Agency reports, "RNA fragments still can exist in a cell even if the virus is inactivated," and added, "It is more likely that those who tested positive again picked up virus RNA that has already been inactivated,"

Oh went on to explain that the coronavirus' biological interactions together with DNA strands show that it can,not "create chronic infections,"

Downplaying The Possibility of Second Wave?

Still, concerns over South Korea's growing number of people who are retesting positive have circulated all through April. The number of second-time diagnoses among people who are thought "recovered" from the virus has risen.

Not even two weeks ago, KCDC reported that 163 patients had tested positive for the virus again after recovering and who were already discharged to be with the general population. During that time, repeat diagnoses only accounted for almost 2 percent of the country's recovered population.

That number changed on Wednesday, Apr. 28, when approximately 2.7% of adults previously recovered cases in which had tested positive for the second time around, and the children having a higher rate of 3.4 percent.

KCDC shared the findings during an investigation into the retests done on Apr. 17, saying that the average time between recovered coronavirus patient's discharge as testing positive once again was over 13.5 days, which gives an overall range of one to 35 days.

Over the 137 cases studied, KCDC reported that there had been 61 patients who showed mild symptoms, 72 were asymptomatic, and four more were still being explored.

On Sunday, Apr. 19, South Korea had confirmed that there are over 263 cases of positive test results from previously "recovered" individuals; in the meantime, KCDC is still investigating further.

Read More: COVID-19 Can Be Tracked Down By New Antigen Testing with Faster Results