Assassin's Creed Valhalla is set to rejuvenize the Assasin's Creed series with a boost of Viking muscle. More exciting details will be revealed tomorrow, April 30 at 11 AM EST. 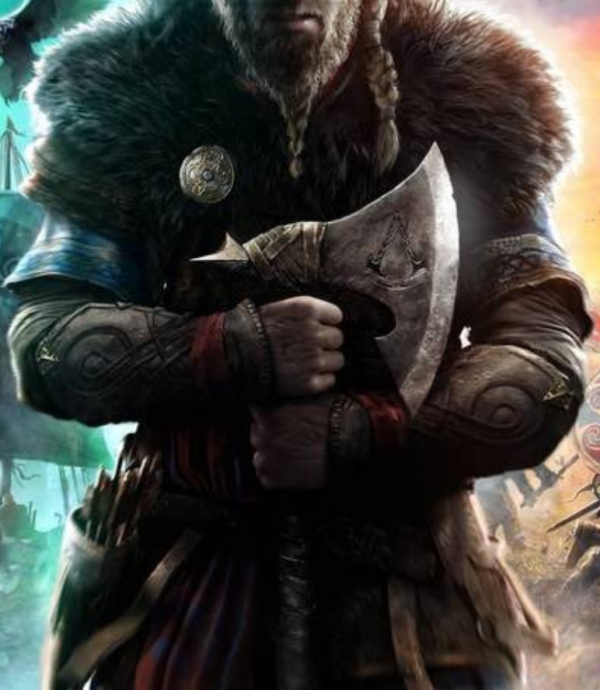 Read More: Fortnite 'No Right to Bear Arms' Secret Challenge: The Gnomes and Bears are at War, and They Need You to Intervene

Game developer Ubisoft announced recently that the next installment in its Assassin's Creed series: Assassin's Creed Valhalla. Of course, with Vikings come Norse gods as well as maybe more brutal finishers and baddies you'll need to destroy to advance through the story.

There hasn't been a lot of details that have been shared so far, but Ubisoft assured the masses that a more detailed reveal would come on Thursday, April 30, at 11 AM EST. So mark the date and make sure to tune in a few minutes before it goes live.

Ubisoft has released a short teaser image which was created in a live stream by artist Kode Abdo, best known as Bosslogic. Thousands of people tuned in over on Twitch.

The art itself is breathtaking. The attention to detail by Bosslogic makes it feel like you are part of the world already, and you cannot wait to jump in the sunny plains of frozen seas and start your rampage.

The promotional art shows off how Viking you can look and, of course, the Norse-themed setting for the upcoming game. It includes a grizzled Viking who is imposing enough to look like a single fighter, together with his trusty ax with the etchings of the Assassin's mark.

If there is anything to go by in the brief teaser, it is most likely that the series elements would still gravitate around Ubisoft's tried and true formula, which is a great story, exciting combat, challenging puzzle-like stealth missions, naval explorations and much more.

The setting will, of course, be in the ages set in the Middle Ages. The Viking Age is a period that lasted about 800 CE to 1066 CE.

Assassin's Creed Valhalla will follow Assassin's Creed Odyssey's style of gameplay. RPG-like mechanics will be introduced once again to Valhalla, the same as Odyssey and Origins.

Ubisoft did not indicate any release of a new title in the series back in 2019, choosing to focus on expansions of Odyssey and another IP's the game developer had up their sleeve.

Ubisoft still hasn't announced the release date for Assassin's Creed Valhalla or on which platforms the game will be available.

Again, if it is like any other Assassin's Creed game, it will cater to PlayStation 4 Pro as well as Xbox One and finally, PC.