Scientists have found the highest microplastic contamination ever recorded on the ocean floor. According to BBC News' latest report, the water contamination was found in sediments pulled from the bottom of the Mediterranean located near Italy.

It is considered to be the highest microplastic contamination ever recorded. The analysis found up to 1.9 million plastic pieces per square meter, which was led by scientists at the University of Manchester. 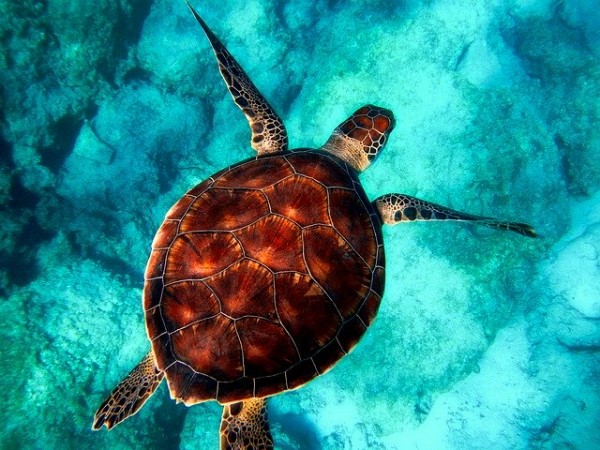 (Photo : Pixabay)
Ocean Is In Danger! Scientists Discovered The Highest Microplastic Contamination: 1.9 Million Plastic Pieces Are On The Ocean Floor

The report revealed that fibers from clothing and other synthetic textiles, including tiny fragments from larger objects that had decomposed over time, were found in the extracted sediments of the ocean floor.

The investigation led the researchers to believe that the microplastics that are smaller than 1 millimeter are being concentrated by the powerful bottom currents in specific locations on the ocean floor.

"They can be tens of kilometers long and hundreds of meters high. They are among the largest sediment accumulations on Earth. They're made predominantly of very fine silt, so it's intuitive to expect microplastics will be found within them," he further explained on the BBC News report.

According to BBC News, 4 to 12 million tonnes of plastic waste enter oceans every year, mostly going through rivers, as calculated by marine experts.

Current media headlines are more focused on the great aggregations of plastic debris that float in gyres or wash up on coastlines by the powerful sea tides.

(Photo : Pixabay)
Ocean Is In Danger! Scientists Discovered The Highest Microplastic Contamination: 1.9 Million Plastic Pieces Are On The Ocean Floor

Marine scientists and researchers believe that most of the plastics in the ocean are consumed by sea creatures while the larger portion has sunk and fragmented on the ocean floor.

Dr. Kane has revealed that a high level of microplastic contamination is concentrating on the sediments of deep-sea trenches and ocean canyons. The team created water tank simulations that demonstrated that the flow of sand, mud, and silt are effectively entraining and moving the fibers to even greater depths in the ocean canyons.

"A single one of these underwater avalanches ('turbidity currents') can transport tremendous volumes of sediment for 100s of kilometers across the ocean floor," said Dr. Florian Pohl, a scientist of Durham University, in the report of BBC News.

"We're just starting to understand from recent laboratory experiments how these flow transport and bury microplastics," he added.

Many oceans in different parts of the world have strong deep-water currents that are created by temperature and salinity contrasts.

These ocean currents deliver the supply of oxygen and nutrients to deep-sea creatures, which raises concerns since microplastics are also settling into biodiversity hotspots increasing the chance of marine creatures ingesting the plastic materials.