SpaceX's lunar lander received the weakest adjectival rating of the three companies selected by the National Aeronautics and Space Administration (NASA) to build the lunar lander as the agency prepares to return to the Moon.

In a report in SpaceNews.com, NASA described SpaceX lunar lander as a "high-risk, high-reward option" but worried that the lander might not be ready for the 2024 moon landing.

NASA told SpaceNews that SpaceX got several strengths based on the proposed capabilities of its Starship vehicle. The agency noted that the spacecraft is much larger than the other winning proposals. NASA also remarked that SpaceX "meets or exceeds all of NASA's threshold values" for functional and performance requirements. 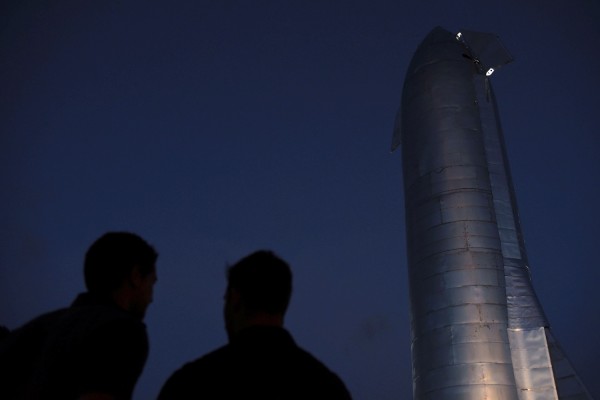 However, NASA raised concern on the capability of SpaceX to deliver on time. The agency noted that SpaceX had encountered lengthy delays in its other programs. For example, the commercial crew and development of the Falcon Heavy rocket were years behind its original schedules. "These delays decreased the [Source Evaluation Panel's] confidence in SpaceX's ability to execute on its proposed HLS development schedule successfully," NASA said in the report.

Aside from the delays, NASA also saw some weakness in SpaceX. One of the failings stated in the evaluation is SpaceX's concept of operations. Under the idea, other Starship vehicles will be used as tankers, while a propellant depot to fuel the space vehicle will serve as the lander. NASA said that approach "requires numerous, highly complex launch, rendezvous, and fueling operations which all must succeed in quick succession to execute on its approach successfully." The agency saw that this complexity could be a risk for a 2024 landing.

Likewise, the NASA evaluators saw weakness in the SpaceX's propulsion system. NASA noted that it is "notably complex and comprised of likewise complex individual subsystems that have yet to be developed, tested, and certified with minimal schedule margin to accommodate delays." The agency continued that SpaceX "does not adequately address the risk of a potential delay in development, as well as concomitant delay to SpaceX's demonstration mission."

On the other hand, NASA associate administrator Steve Jurczyk played down the SpaceX's weaknesses Jurczyk found that SpaceX's extensive relevant experience, together with the lessons learned from previous efforts, somewhat mitigate the risk associated with the potential for schedule delays.

Evaluation on Other Awardees

Same with Blue Origin, Dynetics lander faced criticism for its propulsion system. The system is complex and depends on technologies that are not yet matured or not yet developed. NASA noted for Dynetics to meet the deadline, it must develop the system at an unprecedented pace.

Jurczyk agreed that Dynetics' power and propulsion system overall present substantial technical and schedule risk. He stressed that it is the kind of innovative solution that NASA is looking for in the Human Landing Services program.

Also Read: SpaceX Gives The World A Glimpse Of The Falcon Heavy Rocket In This New Photo