PUBG Mobile Season 13 to Launch on May 13

Tencent has officially confirmed that there will be a couple of things coming this week ahead of the PUBG Mobile Season 13 release.

The last big piece for this month's update on both Android and iOS will be the game's Royale Pass, which will include the new and improved Miramar map. The company also confirmed that the PUBG Mobile Season 13 Royal Pass is set to launch on May 13, with other changes. 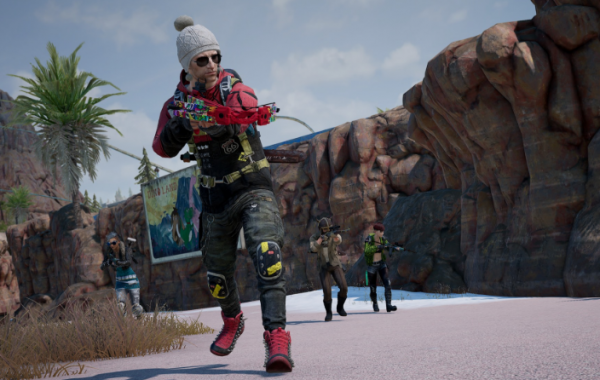 Read Also:  10 Ways to Get Pokemon GO Coins in Niantic's Update and How to Unlock Throwback Challenge Champion 2020

New changes will be added to the game--specifically Sandstorm effects--which means that from May 12 onward, areas in the Miramar map and main menu will be taken over by sandstorms.

According to Express UK,  Tencent has said in a message to "Always be in the range of shelter! You don't want to be caught out in the open with nowhere to hide. Drive slowly while the sandstorm rages. Visibility is drastically reduced so you need to be much more careful. The sandstorm and high-speed winds HURT. You'll need to wear high-level equipment if you are repositioning during the storm."

However, sandstorms aren't the only new changes coming to the PUBG Mobile before the launch of PUBG Mobile Season 13 Royale Pass. Updating the latest game update before May 13 will give you free items such as three Lieutenant Parsc backpack, 2,888 BP, and one Radio.

The newest update requires at least 1.97 GB of storage space on Android devices and approximately 2.21 GB on iOS devices. It should also be noted that players on different versions can still add each other. On another note, the Toy Playground Royale Pass is set to go live.  However, no release date has been confirmed yet.

"Based on past launches, we would expect the Royale Pass to be available to download and use by 1 am ET, at the earliest. It should be noted that PUBG Mobile changes roll out in waves, with some waves receiving updates before others. This means that some gamers won't get access to the Royale Pass 13 until later in the day," Express UK added.

Read Also: WWE Money in the Bank 2020: All The Details You Need To Know For Sunday's Event As Well As Where To Watch!

The game has added reminders at the beginning and end of the season, plus RP push notification and some tutorial guides have been updated. Bug fixes have been introduced as well. When it comes to the RP mission reminders, it has been redesigned so players can see their progress easily.

Players can now complete the Toy Mystery of the Puppet Agent to unlock upgrades for the outfit. Cartoon Rangers are waiting on gamers in the toy-themes Royal Pass. The Puppet agent outfit now has three forms to choose from. You can reach mythic rarity by reaching the highest rank to upgrade.