Russia is examining the safety of a ventilator type sent to the United States after several people died in fires due to the breathing machine this week. 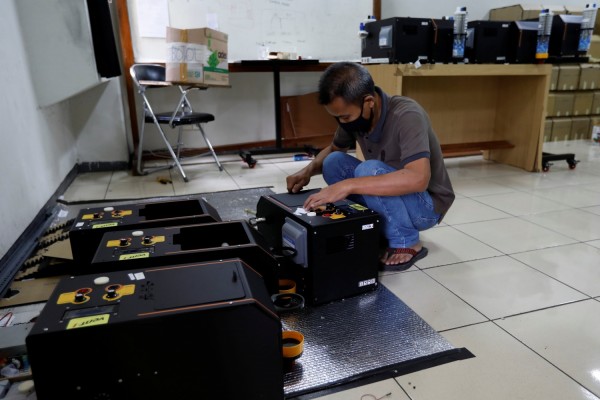 A Russian-made ventilator that short-circuited is blamed in the deaths of five coronavirus patients in an intensive care unit at Saint George's Hospital in St. Petersburg yesterday. A fire ignited by the same ventilator version killed one person in a health facility in Moscow on Saturday, May 9, a regulation enforcement supply told TASS.

"The ventilators are working to their limits. Preliminary indications are that it was overloaded and caught fire, and that was the cause," a source at the city's emergency department told the Interfax news agency, according to the BBC.

The country's healthcare watchdog said it would check the safety and protection of the ventilators at the two hospitals which Russia sent to the U.S. in April, Reuters reported.

The ventilators were sent to New York and New Jersey but were never deployed at hospitals, according to the U.S. Federal Emergency Management Agency.

"The flattening curve meant these ventilators were not needed," the agency f added, according to the news organization.

An engineering plant east of Moscow confirmed the Aventa-M became one among its products supplied to Saint George's Hospital. However, they had no official statistics about which machines were installed.

The ventilator was made by using a corporation that is under U.S. Sanctions, according to Reuters.

Russia has recorded more than 232,243 confirmed coronavirus cases and at least 2,116 deaths from the virus, as of Wednesday, according to Johns Hopkins. The country now has the second most showed instances behind the U.S.

ALSO READ: Studies Show that the U.S Can Produce More Ventilators For COVID-19 Patients but Suffer Shortage in Medicine

St Petersburg, with a total population of 4.9 million people, has 5,483 beds for Covid-19 patients.

BBC reported the city's hospitals had been overstretched by the outbreak, and doctors are operating at full stretch.

A police source quoted through Tass news agency said the ventilator which caught fire was new. The machine had been set up just this month - and was made by Russia's Ural machine manufacturing plant.

St Petersburg has recorded just over 8,000 cases of Covid-19. Moscow, on the other hand, continues to climb at over 10,000 new cases daily.

State investigators have opened a case to determine whether or not there was negligence in the ventilator design and manufacture or in the medical institution's fire precautions.

The All-Russia Institute for Medical Technology Research points out that there are many types of the medical ventilator. Hence, a fault in one might not be common to others.

Alexei Kurinny, a member of the Russian parliament's health committee, said it is unlikely that a ventilator would have short-circuited or overloaded. The official added that fire safety was built into their design.

The St George Hospital in the Vyborg district had been converted to a Covid-19 medical institution at the end of March.

The emergency services sent 105 firefighters and 55 automobiles to the clinic, officials stated. The information of the fire comes after the country is eased lockdown restrictions.